Trump declares: "No one has beaten Russia harder", but hopes for a "very good relationship with Putin" 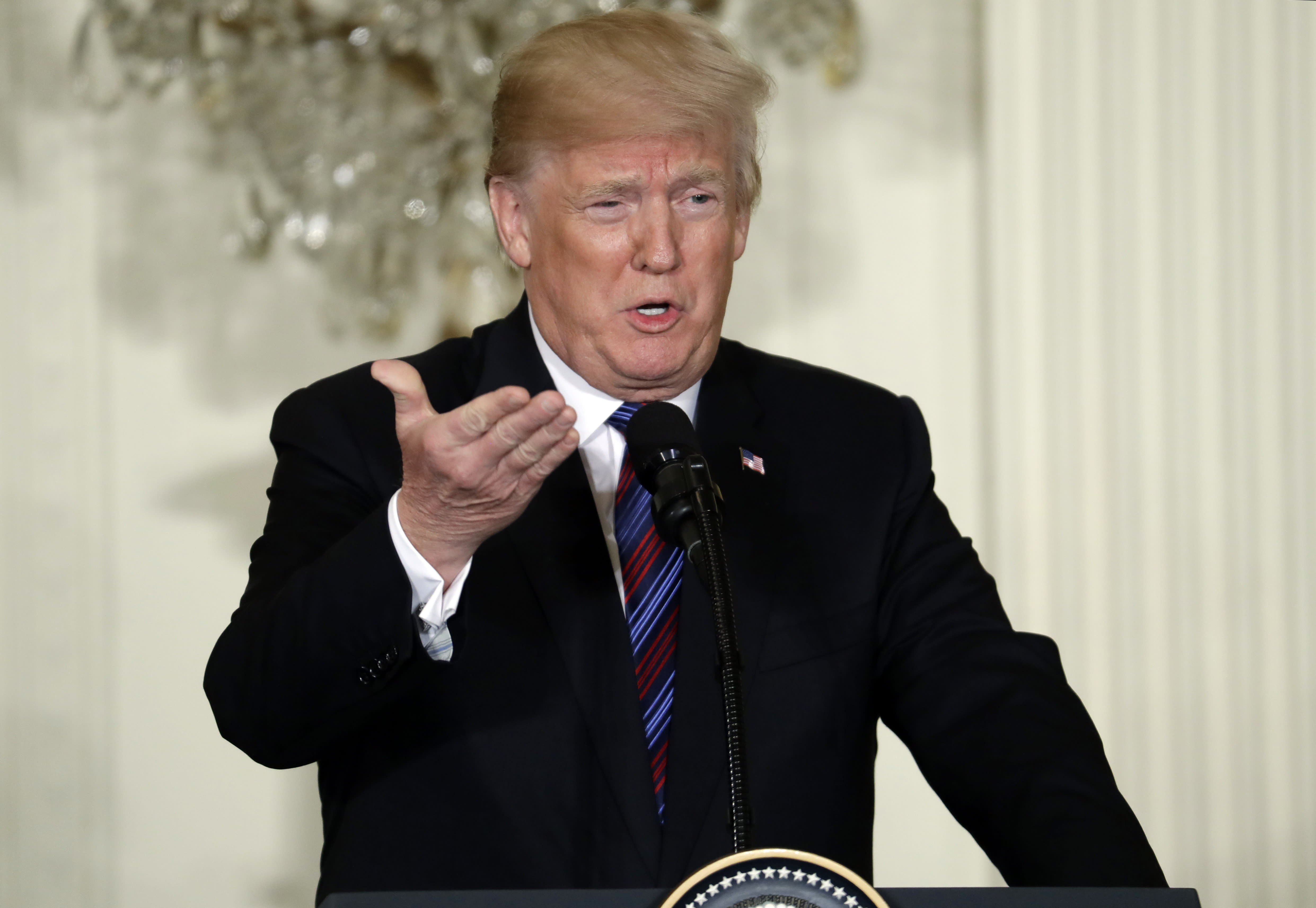 WASHINGTON – President Trump speculated at a joint meeting with the leaders of the three Baltic states on Tuesday whether Russian President Vladimir Putin is an "enemy" or a leader with whom he can have a good relationship. Trump declared, "Nobody was harder in Russia than me," but left the door open for better connections between the two countries.

"I think I could have a very good relationship with Russia and President Putin, and if I did that would be a great thing," said Trump. Who knows, OK? "

Trump's remarks were the answer to a question from an Estonian reporter who asked if he considered Putin as an" enemy "or" someone with whom one could lead a dialogue "saw. The question came in response to comments previously made by Trump The day at a working lunch with the leaders of Latvia, Lithuania and Estonia, where he said: "No one is Russia harder than Donald Trump."

The three Baltic countries are currently in the west of Russia. They were part of the Soviet Union from the end of World War II until 1991.

"If we could get along with Russia, that would be a good thing, not a bad thing," Trump said at lunch, adding, "And almost everyone agrees "Except very stupid people."

On Monday, Russian officials said Trump had proposed a meeting with Putin at the White House when the two telephoned on March 20. The Kremlin suggested that this would be a good move, but the White House would not comment except for confirmation that the couple was discussing a possible meeting.

Trump has raised questions about his stance towards Russia amid investigation into whether his presidential campaign was Moscow's intervention in the US elections in 2016. Although US intelligence agencies said the Kremlin Wants to win Trump, relations between the two countries worsened last month, when Putin made known his nuclear capabilities and the US 60 Russian diplomats in response to the allegations of the Kremlin expelled an attack on an ex-spy in the UK.

At the press conference, Trump expressed his hope that he and Putin might have productive talks, and gave some examples of his policies that had a negative impact on Russia. He began by noting his efforts to increase US energy exports and arguing that Hillary Clinton, his 2016 Democratic rival, did not do the same.

"I think we will be able to have a great dialogue, I hope, and if we can not, you will be the first to know." No one was tougher in Russia than I was, "said Trump, adding," Strong energy … My opponent had other forms of energy, such as windmills, we're very strong on energy, we're essentially energy independent, we're an energy exporter, that's not positive for Russia.

Trump also pointed out his urge for further military spending.

"We've just handed over $ 700 billion in military budget, next year, $ 716 billion, the biggest ever," said Trump. "We will have a stronger military than ever before, which is not a great thing for Russia, but it is."

Trump continued to voice his call for NATO allies to contribute more to the defense and how many Russian diplomats compared the USA to other European nations after the attack in Britain.

"NATO was delinquent, they did not pay their bills … Many states … did not pay what they should pay, many, many, since my entry Billions of dollars are also paid by countries that did not pay, "said Trump. "Honestly, they have to pay more, so there are many things I have done, and not just the 60 diplomats, Germany has made four, France has made four, we have made 60. There was no one stronger against Russia

The President expressed the hope that he could engage in a positive dialogue with Putin.

"I think I could have a very good relationship with President Putin, I think it's possible, I will not, and you'll know … It's a real possibility that I'm a good one Could have relationship, "said Trump.

Trump concluded by reiterating his belief that a strong relationship with Russia was a good thing for the United States.