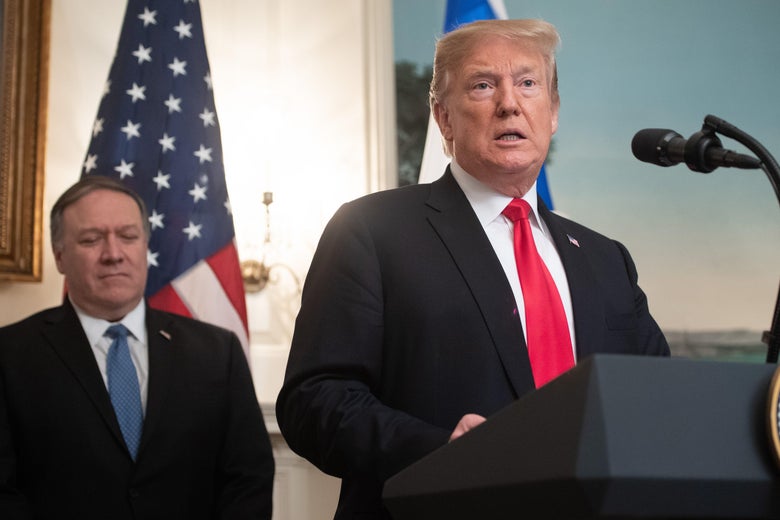 President Donald Trump ignores congressional concerns and sells over $ 8 billion worth of weapons to Saudi Arabia, the United Arab Emirates and Jordan. The move took place on the same day that Trump had announced that he would send another 1,500 troops to the Middle East to protect the Americans already in the area.

The sale had been blocked by Congress since last year, but Trump has now declared a national emergency due to tensions with Iran. The decision, which covers 22 pending transfers of ammunition, aircraft parts and other accessories, will serve to "deter Iranian aggression and build partners' self-defense capacity," Foreign Minister Mike Pompeo said in a statement. Pompeo added that the current situation is "an emergency … requiring the immediate sale of arms" to further deter the Iranian government's malicious influence throughout the Middle East. "

The move has angered many in Congress and shows how the White House continues to support Saudi Arabia, although others press the government to punish the leadership of the kingdom for the murder of journalist Jamal Khashoggi. At the same time, many congressmen are increasingly concerned about the civilian toll on the Saudi-led coalition against Iran-backed rebels in Yemen.

The move immediately led to criticism from Congressional Democrats. "President Trump is using this gap only because he knows Congress would disapprove of this, there is no new reason to sell bombs to the Saudis to drop them in Yemen, and this just perpetuates the humanitarian crisis there," said Senator Chris Murphy. And it was not just democrats who made known their misfortunes. Texas MP Michael McCaul, the supreme Republican in the House Foreign Affairs Committee, described the move as "unhappy." will harm certain future interactions in Congress. "Bob Menendez, the top Democrat in the Senate Foreign Relations Committee in New Jersey, said he was" disappointed, but not surprised, that the Trump administration failed once again to prioritize our long-term national security interests or stand up for human rights and instead grant favors to authoritarian countries like Saudi Arabia. "

Help us continue to handle important news and issues
get ad-free podcasts and bonus segments,
Member-only content and other great benefits.