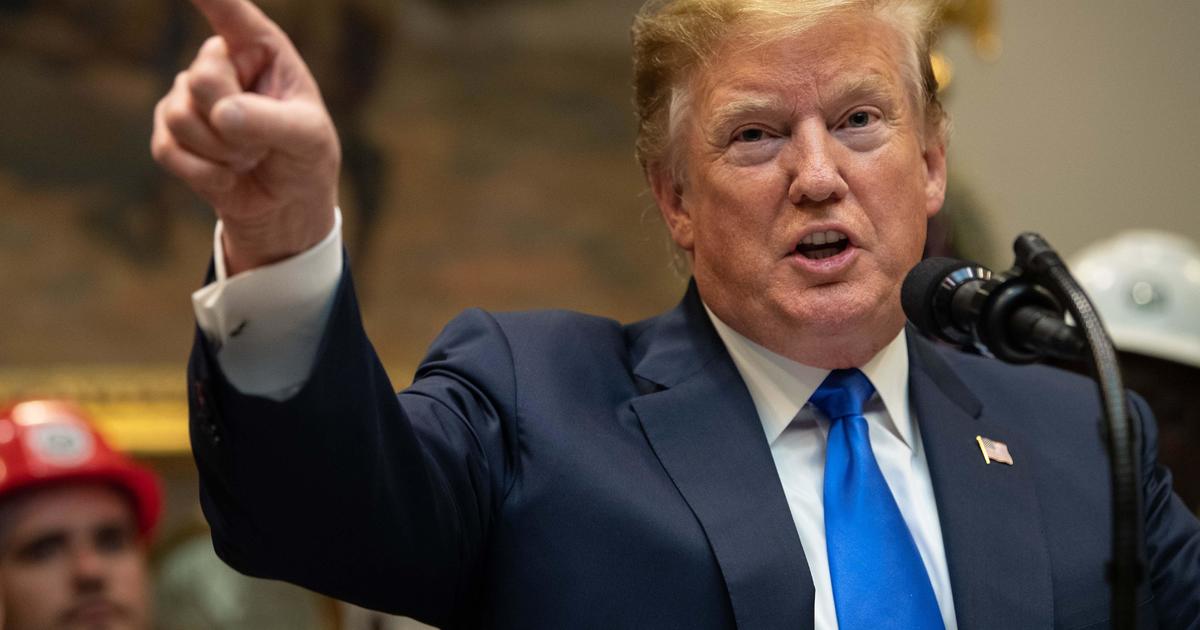 President Trump made some sharp verbal shots at House Speaker Nancy Pelosi on Thursday at the White House when he announced new $ 16 billion in subsidies to farmers and ranchers.

The President announced his announcement from the Roosevelt area and proceeded to discuss the new aid that his government offers to the peasants due to the ongoing trade war with China in discussing the agreement between the US, Mexico and Canada, the Pelosi can not offer understanding. The President has escalated his speech about Pelosi since claiming he has engaged in a "cover-up" to withhold information from Congress. This comment prompted the President to break off an infrastructure meeting with her Wednesday and make a statement Reporter in the Rose Garden of the White House .

The President has argued with House Speaker Nancy Pelosi, saying she is unable to understand the US-Mexico-Canada agreement that Congress is to adopt. The president described Pelosi as "crazy" and the leader of the Senate minority, Chuck Schumer, as "crying Chuck."

"It's a mess," the president said about the nation's most powerful politician.

Pelosi tweeted in response: "When the" extremely stable genius "begins to play more presidency, I will gladly work with him in infrastructure, trade and other issues."

The president asked several top aides to confirm on camera that his appearance at the infrastructure meeting on Wednesday was quiet, and helpers agreed.

Mr. Trump, who received a series of questions from reporters, said he would send troops to the Middle East to deal with Iran when necessary, but does not believe they are needed. The president said he would have a meeting later this Thursday.

Mr. Trump insists he stands behind the men and women who support the country's agricultural industry, even though they suffer from the tariffs they impose. Mr Trump has campaigned for additional subsidies for farmers. Tensions between China and the US have increased in recent days as both countries adjust to the impact of tariff increases.

"It's a good time to be a farmer, we'll see to it," Mr. Trump said Wednesday.