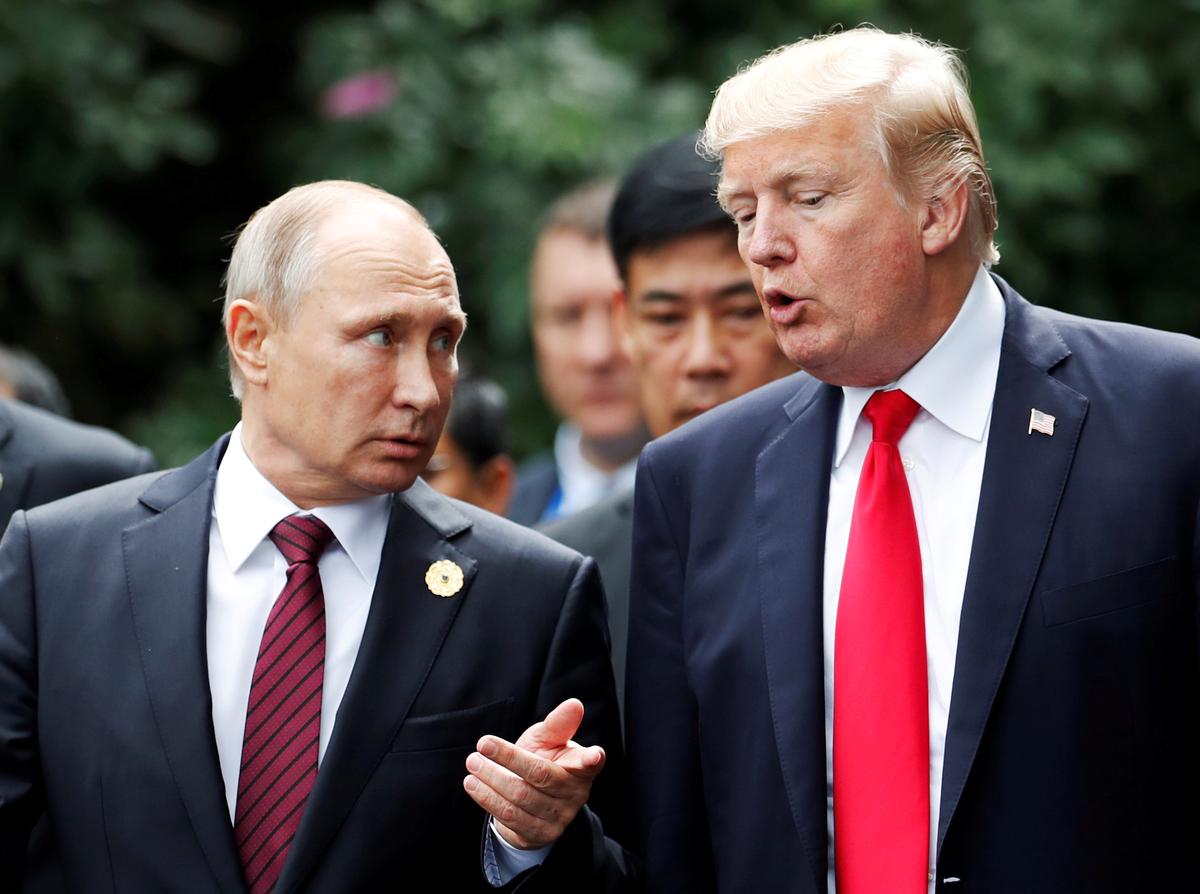 WASHINGTON (Reuters) – US President Donald Trump, standing next to the leaders of three Baltic countries most concerned about Moscow's aggression potential, said on Tuesday that he believed he could have good relations with Russian President Vladimir Putin ,

Trump told reporters at a press conference following the meeting with the Presidents of Estonia, Lithuania and Latvia that "it was a real possibility that I could have a good relationship with Putin", but acknowledged that this was not a certainty ,

"Getting along with Russia is a good thing," said Trump. "I think I could have a very good relationship with Russia and President Putin, and if so, that would be a great thing, and there is a great possibility that this will not happen, who knows?"

Trump reiterated his belief that "no one in Russia has been tougher than me". He stressed that he has increased defense spending to support the US military and aggressively promoted energy production from an exporter in competition with Russia.

"We are now essentially energy independent, we are an energy exporter, which is not positive for Russia," Trump told reporters.

"We will have a stronger military than ever before," he added. "That's not a great thing for Russia."

Trump also said he urged NATO members to meet their defense spending and generate "many billions of dollars" of additional military spending from NATO allies.

He praised the three Baltic Presidents for their countries' commitment to achieving the NATO goal of spending 2 percent of GDP on defense this year. Estonia has achieved this goal in 201

7, but Latvia and Lithuania were just off the mark at 1.75 per cent and 1.73 per cent last month, according to NATO.

The United States plans to provide $ 100 million for large-caliber ammunition for the Baltics and $ 70 million for training and equipment, the White House said. It is also working to build the region's defense and energy infrastructure.

Estonian President Kersti Kaljulaid said that the Presidents had discussed the security needs of the region and "to make sure that our deterrence is credible to anyone who wants to question it".

"We are in a common situation and we are finding the solutions that work together for all of us, because we are all together," added Kaljulaid.