Trump signals openness to a "New Deal" to restrict Iran 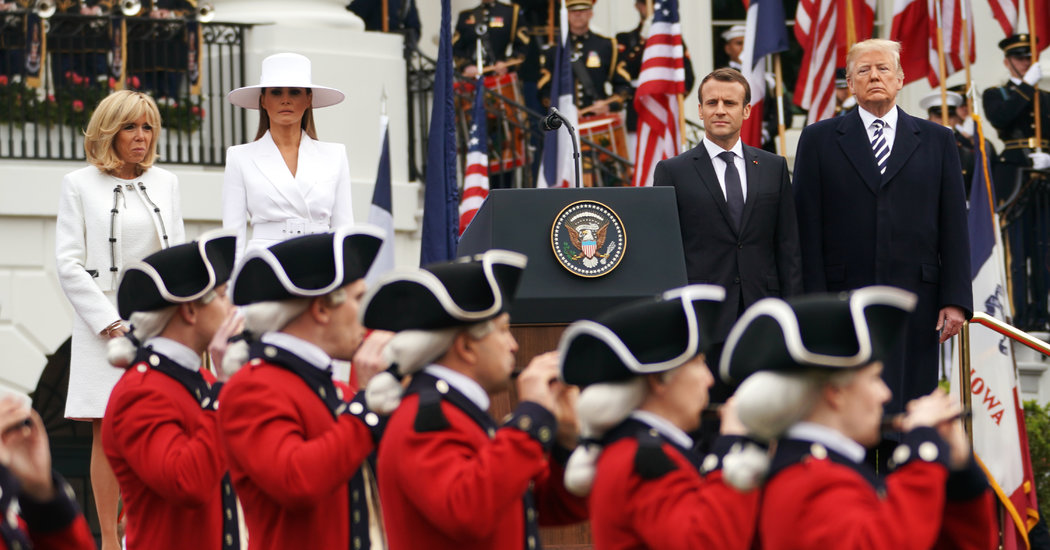 Mr. Trump's description of the North Korean leader criticized critics who quickly pointed out that the country has one of the most authoritarian systems in the world, known for its harsh prison camps and repressive control over almost every aspect of society. The President has already denounced Mr. Kim as a "madman" who nicknamed him "Little Rocket Man." He mocked him as "short and fat" and threatened "fire and rage" if he threatened the US.

But Mr. Trump repeated his vow to leave the talks if they were not fruitful. "Unlike previous governments, I will leave the table," he said. "But I think we have a chance to do something special about North Korea, good for them, good for us, good for everyone."

Mr. Trump would not elaborate on what he meant when asked by a reporter, but instead reiterated his hopes for a deal while denying that he had given up everything before the meeting. "We have not made any concessions, although some media have said that I made concessions," he said. "I did not even talk about a concession, apart from the fact that the meeting is a great thing."

One of Mr. Macron's goals in Washington was to persuade Mr. Trump not to abolish the nuclear deal with Iran. European negotiators are trying to create side agreements to further restrain Tehran.

The negotiators have reached consensus on how Iran can be punished for testing long-range ballistic missiles, but extend the limits of its nuclear program beyond its expiration date in the initial agreement, according to the people who were informed of the discussions.

In his talks with Mr Trump, Mr Macron stressed that, although imperfect, the Iranian nuclear program, known as the Joint Comprehensive Action Plan or JCPOA, should not be thrown away but instead become a pillar of a wider agreement.

"I have never been as critical of the JCPOA as President Trump did because I believe we can add something," said Mr. Macron. "But I do not know what decision President Trump will make, and I want us to work on an agreement based on the already achieved JCPOA, which goes beyond current activities, ballistic activities and regional influence." [19659008] Continue reading the main story

Iran's security chief warned on Tuesday that his country would consider abandoning the NPT if Trump withdraws from the separate JCPOA that Iran signed in 2015 with President Barack Obama and the leaders of five other major powers. The official, Ali Shamkhani, said that the signatories to the NPT have the right to leave the agreement if they "feel that their national interests are not linked to the agreement." "This is a possibility for the Islamic Republic," he said during a press conference on state television.

Iranian officials are publicly threatening uranium enrichment if the US torpedoes the 2015 nuclear agreement. Iran has not violated its terms, according to the International Atomic Energy Agency, which oversees the agreement.

"What Shamkhani has said is a bluff," said Davoud Hermidas-Bavand, an Iranian professor of international law and former diplomat. "As long as the European Union supports the nuclear agreement and Russia and China support Iran and the agreement, there is no point in withdrawing to Iran," he said. "Even if Iran withdraws from the deal, Iran can not practically return to high uranium enrichment just because Iran is not allowed to, and such a move will lead to a military confrontation."

During his meeting with Mr. Macron On Tuesday, Mr. Trump warned Iran against resuming its nuclear activities should the US drop out. "If they restart their nuclear program, they will have bigger problems than ever," said Trump.

The comments came on a day of pomp and ceremony as Mr. Trump painted the red carpet for Mr Macron and praised her cordial relationship. The two hugged each other warmly and kissed each other on the cheek. At a strange moment, Mr. Trump even brushed what he said, shed Mr. Macron's jacket in the Oval Office. "We have to make it perfect," Trump said, adding, "He is perfect ."

For the first official state visit to his presidency, Mr. Trump held a traditional South Lawn arrival ceremony, complete with military bands, colored guards, a Fife-and-Drum Corps, and a 21-round salute.

"The wonderful friendship that we have developed over the past year is a testament to the lasting friendship that unites our two nations," said Mr. Trump with Mr. Macron and her wives at the ceremony. "Your visit, Mr. President, comes at a critical time for our Alliance."

He pointed out that the French along with the British had come to the United States in a military attack in Syria this month, in response to a suspected chemical weapons attack that accused the government of President Bashar al-Assad has been. He thanked Mr. Macron and the French people for "their unwavering partnership".

Mr. Macron returned the kind words. "It is together," said Macron during the morning ceremony, "that we will counteract the proliferation of weapons of mass destruction, be it North Korea or Iran."

He also pointed to Trump's decision to withdraw from the Paris Climate Agreement, another point of tension in the relationship.

"It is together that we will be able to act effectively for our planet," said Mr. Macron. "We do not always agree on the answers to this question, but in the end this is the case in every family and in every friendship, and that's where the fate of our children is at stake."

Before the men spoke, the efforts of military marches and patriotic songs provided a festive backdrop as Mr. Trump led Mr. Macron to a meeting of American troops outside the White House, wearing parade uniforms – some in traditional revolutionary guise – and shining weapons , It's a kind of mutual gesture for Bastille Day's big military parade, which Mr. Trump attended last summer in Paris as Mr. Macron's guest.

Later on Tuesday, the President and First Lady, Melania Trump, will welcome Mr. Macron and his wife Brigitte for an opulent state dinner with rack of lamb and jambalaya, with nectarine tart for dessert.