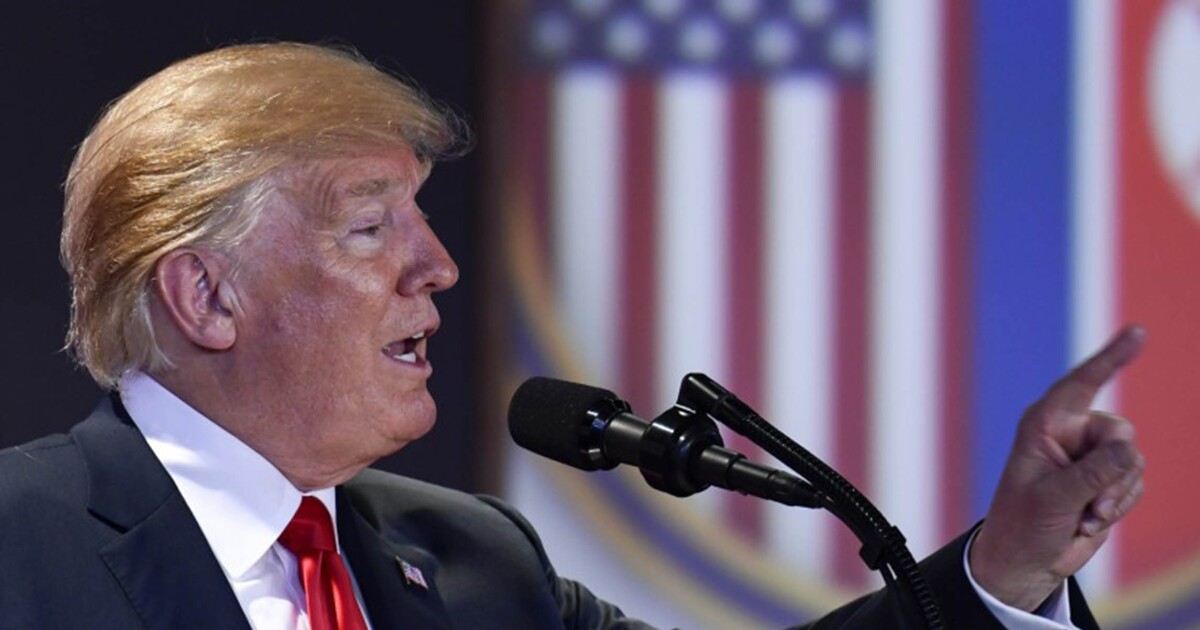 President Trump is entitled to override North Korean human rights, to flatter Kim Jong Un in their personal meetings, and to have the right to conclude a major deal to end North Korea's nuclear threat posed by intercontinental ballistic missiles. But all his efforts will be in vain if he copies South Korea and follows a concession strategy to Kim.

Unfortunately, on Friday, Trump did exactly the sanctions that were to be imposed on Kim's regime.

The US Department of the Treasury announced today that in addition to the existing sanctions against North Korea, significant sanctions will be added. Today I have ordered the withdrawal of these additional sanctions!

It's not just a wrong action, but one with a surprisingly bad timing: when Kim gave this undeserved relief on Friday, Kim abruptly ended his participation in a North and South Korean forum. Kim's action is intended to intimidate Seoul and break the agreement between the US and South Korea. Trump should have reacted with determination and at least had to ensure that the sanctions now lifted would take effect.

Instead, as recently with the lifting of two major military exercises, Trump has once again shown weakness to a dictator who resists it. Trump's action will have consequences.

After all, Kim has not seen America blink anymore, and his experienced advisors have seen it. For hard-liners like Kim's top advisor Kim Yong Chol, this American decision is proof that the old intimidation game with Trump will work. You'll suspect that Trump's 2017 threats to use military force were wrong news. They will ask the young North Korean leader to avoid what is necessary to end this crisis: a compromise.

Successful completion of the North Korean nuclear crisis has become much more difficult today. Trump did the opposite of what he did right at the last summit of the two leaders in Vietnam. He has indirectly ordered Kim to continue to play hard against the United States.