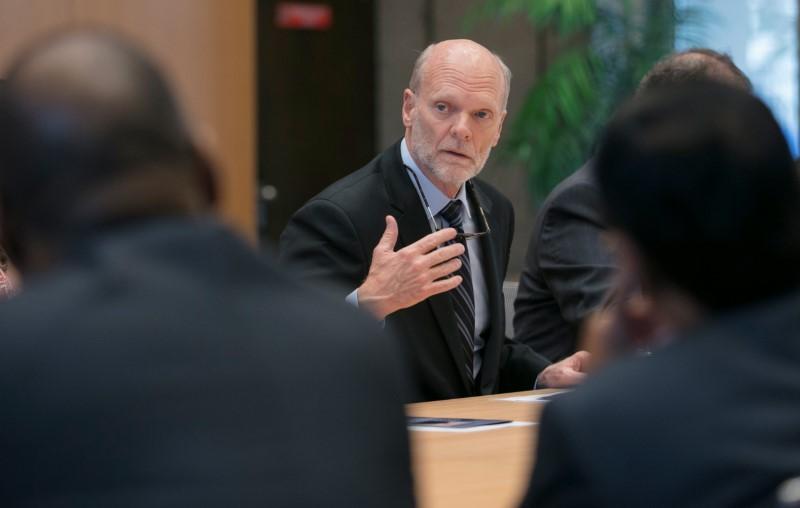 GENEVA (Reuters) – US President Donald Trump's candidate for the top UN migration job was drafted Friday after a candidacy followed by a story of social media posts devaluing Muslims and Trump's policies Migrants are overshadowed, rejected.

Ken Isaacs, US candidate for the Director-General of the International Organization for Migration (IOM) of the United Nations, is depicted in this photograph of the US Mission Geneva in Geneva, Switzerland, June 28, 2018. US Mission Geneva / Handout via REUTERS

Ken Isaacs, vice president of the US evangelical charity Samaritan's Purse, came in the run for the direction of the International Organization for Migration (IOM) behind Costa Rica's Laura Thompson and Portugal's Antonio Vitorino, later winner of the competition.

"The role of the International Organization for Migration is fundamental and it is essential to build bridges between countries and countries with different levels of economic development," said Vitorino, a former European Commissioner, to reporters after his election.

Isaacs said he congratulated Vitorino and that it was an honor to run as a US candidate. He declined to explain why he lost the secret ballot of the IOM member states.

"IOM is a key partner for the United States around the world, and we are committed to working with IOM to address the root causes of migration and promote safe and legal migration," said the official.

The Leadership Race came at a crucial time for global migration policy as Trump is criticized for its "zero tolerance" policy on the Mexican border and the European Union is struggling to overcome the influx of mainly African migrants via the Mediterranean.

Isaac's candidacy began shortly after Trump had questioned why the United States wanted immigrants from "shithole lands" and ended up just a federal court overturning its policy of separating immigrant parents and children crossing the Mexican border.

The IOM job traditionally went to an American, and the White House had strongly supported Isaac's continued migration despite US withdrawals from other international bodies and agreements, including the UN Human Rights Council and UN talks on a far-reaching "world pact".

Jeremy Konyndyk, chief political scientist at the Center for Global Development, said, as Isaacs, a former director of US External Disaster Relief, said rejecting the American candidate was "a big deal."

"IOM has been run by an American for 50 years, reflecting a tremendous erosion of the US's global reign under Trump," he wrote on Twitter. He said electoral countries could anticipate US retaliation against IOM, such as Isaacs cuts.

"But not only did he lose with that – he flopped badly."

Keith Harper, who served as US human rights ambassador to President Barack Obama, said in a tweet that Isaac's "still" rejection is yet another sign that the power, authority, and prestige of the US has decreased so dramatically. "[19659004] In the 1990s, Vitorino was minister in the Portuguese government of Antonio Guterres, now US Secretary General, and said that they had been close friends for 40 years, even though they did not agree.