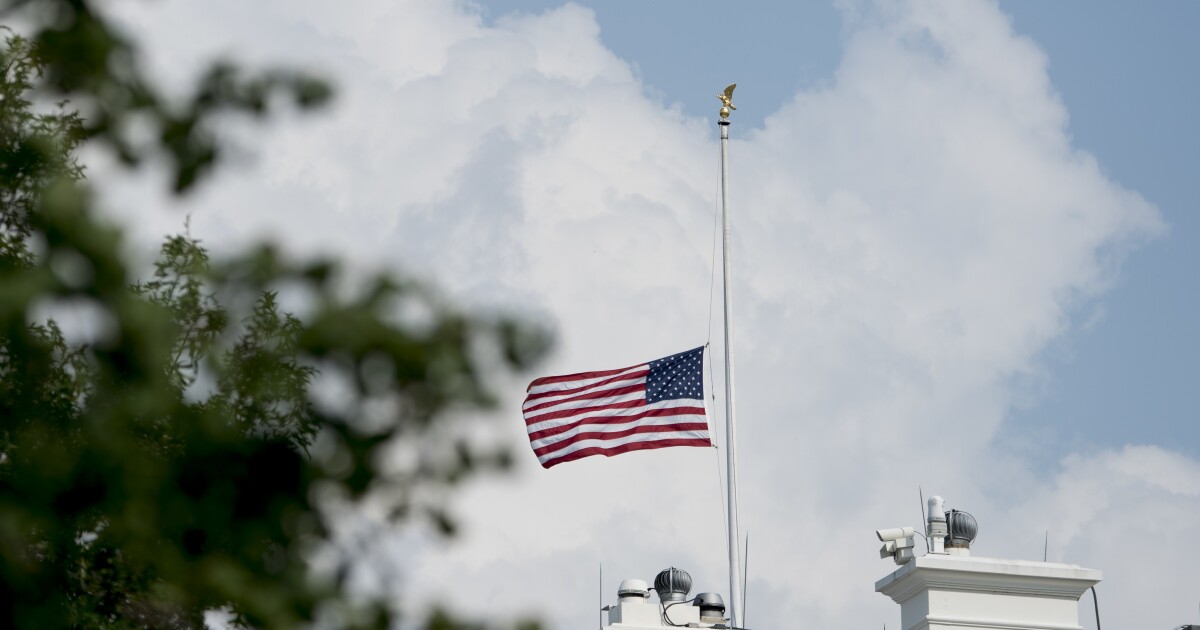 T In his White House weekly report, President Trump takes some solid steps, such as dealing with Mexico and Middle East policy, but is dogged by his smallness regarding the death of Senator John McCain , No one liked the other, and in the end, both were disappointed when many expected Trump to be a little bigger.

This was a week of ups and downs for President Trump, sometimes in the literal sense.

The political and personal enmity between Trump and Senator John McCain has been apparent for years, especially as Trump criticized McCain for being "captured" during the Vietnam War. McCain, who had died of brain cancer, had announced that Trump was not welcome at his funeral. When McCain died, federal flags flew to half-mast for two days before reappearing, and only after criticizing them did Trump order them back. It was a petty, wicked move by the President.

Earlier this week, Secretary of Defense James Mattis said in response to North Korea's refusal to promote nuclear disarmament, America would resume military war games with South Korea. Trump reversed Mattis' move and said we should not spend money on such military maneuvers. But it is not a question of cost. Mattis was right to say what he did because war games with South Korea put pressure on the regime of North Korean leader Kim Jong Un. Trump just does not understand how the game is played.

Trump's biggest hit of the week was the new US-Mexico Trade Agreement, which was announced on Monday. It affects, among other things, cars assembled in Mexico and car parts manufactured there and in China, and requires that auto workers who produce them receive at least $ 1

6 per hour. Trump has always ridiculed the North American Free Trade Agreement (NAFTA). This "HalfTA" is putting pressure on Canada to reach a separate agreement with the Trump government, as it can not afford to lose trade with America if NAFTA is killed and no replacement is in place.

At the end of the week, Trump said he could move the US out of the World Trade Organization if it were not reformed. His government also said it would stop funding United Nations Palestinian Disaster and Disaster Assistance, an action that has been overdue for decades. This is in the run-up to the Government's still-secret Middle East peace plan, which can be announced ahead of the November elections.

I am very anxious to cut through the ideological claptrap and be fair to President Trump so how can I. But that's another week Trump did not help his own cause.

His poll numbers showed little variation and he may have shown some of his self-proclaimed deal-making know-how by enriching an updated version of a free trade agreement with Mexico, enough to allow the Canadian foreign minister to do so Bring it to Try

But then there was his terrible display of rhetoric when addressing a conference of evangelical leaders, in which he proposed that there would be violence on the streets when the GOP lost in November and his irreverent contempt for the late Senator John McCain He did not order that the American flag be flown at half-mast for more than a day – except that it went back after protests from its own staff. The president was pitifully small this week.

Jed Babbin is a Examiner employee and former Deputy Secretary of State in the defense of former President George H.W. Rifle. Follow him on Twitter @jedbabbin

John Zogby is the founder of Zogby Poll and a senior partner with John Zogby Strategies. His latest book is We Are Many, We Are One: Neo-Tribes and Tribal Analytics in 21st Century America . Follow him on Twitter @TheJohnZogby