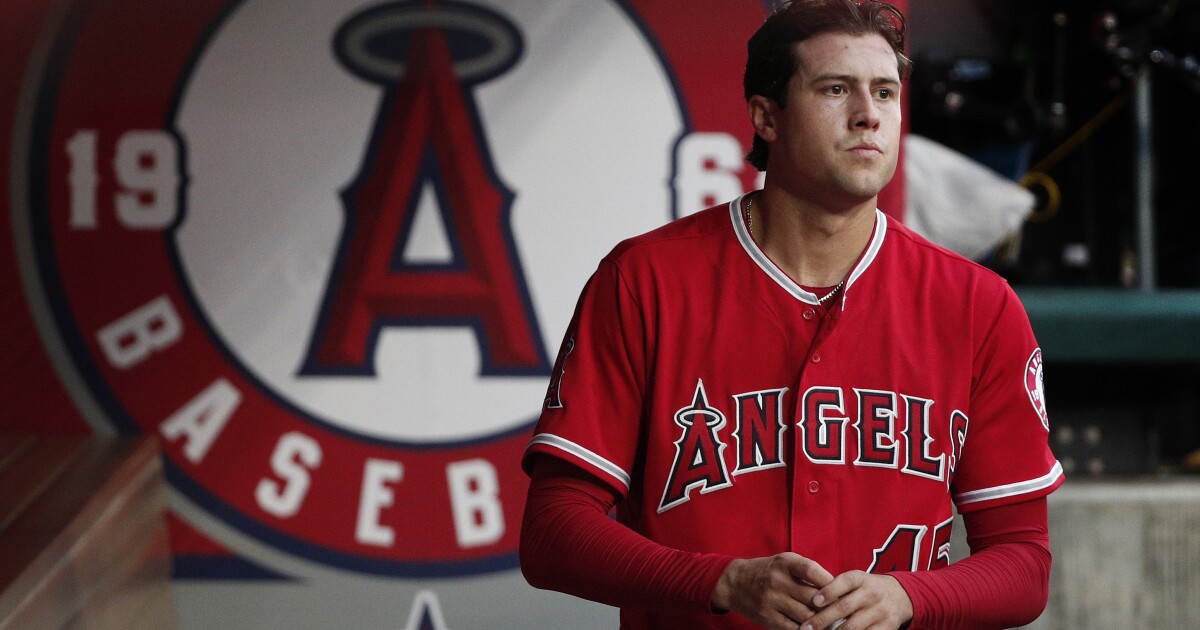 Angels Pitcher Tyler Skaggs had the opioids fentanyl and oxycodone along with alcohol in his system when he was found dead in his Texas hotel room on July 1st. The cause of death is said to be a mixture of "alcohol, fentanyl and oxycodone poisoning with terminal gastric contents aspiration," meaning that the 27-year-old Skaggs is essentially suffocated by his vomit while under the influence of alcohol , The death was considered an accident according to the report. He was found fully clothed on his bed and there was no sign of trauma.

The police department in Southlake, Texas, is investigating the death, and a statement by Skaggs' family on Friday mentioned that an employee of Angels may have some involvement.

The statement: "We are heartbroken to learn that the death of our beloved Tyler was the result of a combination of dangerous drugs and alcohol. This is completely atypical of someone who worked so hard to become a major league baseball player and had a promising future in the game he loved so much.

"We are grateful for the work of the detectives at the Southlake Police Department and their ongoing investigation into the circumstances in which Tyler died. We were shocked to learn that this may be an employee of the Los Angeles Angels. We will not rest until we learn the truth about how Tyler came into possession of these narcotics, including those that gave them. For this purpose, we have engaged lawyer Rusty Hardin as an assistant.

The Angels stayed overnight at a hotel in Southlake before coming to a series of three games against the Texas Rangers. The team arrived on Sunday night, June 30, and Skaggs's body was found in his room around 2:1

8 pm. the next day, after he had not reported in time at the ballpark.

What the authorities learned about the Skaggs hotel room is not public, as police reports have not been released. The LA Times and other news agencies called for police and fire departments
Rescue service records relating to the incident, but a lawyer representing the city of Southlake asked the Attorney General of Texas if many of the records were exempt from disclosure. No decision was made.

The Southlake district attorney, in his letter to the Attorney General, stated that the release of some of the materials requested "could interfere with the detection, investigation or prosecution of criminal offenses".

Fentanyl is a potent compound synthetic opioid similar to morphine, but 50 to 100 times more potent by weight. In uncontrolled concentrations of unsuspecting consumers or consumers whose opioid tolerance has not been increased by long-term use, it is even more likely that the drug, as a prescription opioid, will suppress respiration and lead to death.

Blood tests yielded 3.8 nanograms per person fentanyl milliliters in the Skaggs system, which experts said was a significant amount but not outrageously high. Autopsy blood tests have yielded nanograms per milliliter level of over 100.

The content of fentanyl is a significant amount that can lead to death, "said Cyril Wecht, a forensic pathologist from Pittsburgh with 40 years of experience. "In this case, oxycodone and alcohol were also present and contributed to the death, because they are depressants of the central nervous system."

The autopsy report noted the lack of norfentanyl, a metabolite of fentanyl, which Wecht termed "the agent." This fentanyl was taken not long before death. "

Tests showed 38 nanograms per milliliter
the prescription painkiller oxycodone, the use of which is banned by the Joint Drug Prevention and Treatment of Major League Baseball
Program and a blood alcohol level of 0.122%. A limit of 0.08% is considered legally impaired. Fentanyl is not specifically listed in the List of Prohibited Substances of MLB, but as a "drug of abuse" in the Federal Drug Enforcement Administration's list.
Their use is automatically prohibited by MLB.

The Skaggs family recently used the services of renowned Houston defense lawyer Russell "Rusty" Hardin to represent them. Skaggs had signed a $ 3.7 million one-year contract in its second year of arbitration. He would have been entitled to free time after the 2020 season.

Hardin argued and won positive judgments for athletes like Roger Clemens, who was accused of lying to Congress about alleged steroid use. Warren Moon, Scottie Pippen, Rudy Tomjanovich and Wade Boggs.

"I think you have to remember that they are still so devastated by the death of this young man, both the wife and the family, to know what happened and how it happened," said Hardin call from his office in Houston. "We'll want to know how it came about that these medications were taken and if others are responsible for what happened or not."

Hardin said he had seen the autopsy report but had not seen any police reports or talked to investigators about the case. He said it was "too early for us to speculate" about whether there are grounds for legal action.

"You know, if you lose a son, husband, or spouse, it's just a terrible experience, and you want to know how it happened," Hardin said, "so here's the family. How did it happen? Was anyone involved? They only want answers.

Skaggs was found unconscious two days after his last pitching appearance on June 29th, three days before he should make his next start. His body was dressed in black jeans, a decorated belt, and dark brown western boots when he arrived at the doctor's office, according to the autopsy report. The outfit seems to be the same Skaggs wore on June 30 when he coordinated a Western trip to Texas to celebrate his team's series against the Rangers and Houston Astros.

Skaggs was one of the most popular players in the clubhouse, and he was also one of the most reliable pitchers of the Angels this season, with a 7-7 with 4.29 ERA in 79 2/3 innings over 15 starts. He was 28-38 years old and had an ERA of 4.41 during a seven-year career in the Major League, which was interrupted in 2014 by an elbow operation and several other injuries in the following years.

The onslaught of injuries squeezed Skaggs in the last offseason. He worked with mobility coach Sarah Howard in Los Angeles and consulted with renowned strength coach Eric Cressey in Florida. Only two minor complaints slowed Skaggs in 2019: he felt pain in his forearm after experimenting with a new playing field during spring training, and missed a start. and he rolled his ankle in an April game against the Chicago Cubs, resulting in a 10-day injury list.

Skagg's death shook the baseball world. League players greeted Skaggs by etching his initials and jersey number on their hats and in the dirt on the hills. Teammate Andrew Heaney opened his first start after Skaggs' death by calling Skaggs & # 39; Signature Curveball threw.

The tributes continued in Cleveland's July 9 All-Star game, in which Angels Mike Trout and Tommy La Stella carried the Skaggs number under their surnames, and others wore # 45 patches, as did the Angels since Skaggs' death.

The Angels paid homage to their deceased team-mate in their first home game after his death by wearing # 45 jerseys named "SKAGGS". in a game on July 12 against Seattle on his back. His mother, Debbie, pursued a 45-second moment of silence by completing a strike for the ceremonial first pitch that was captured by Heaney.

Taylor Cole and Felix Pena threw the second combined no-hitter in franchise history this evening, a 13-0 defeat of the Mariners, Cole opened with two perfect innings and Pena follows with seven no-hit innings. After the final, players dropped their shirts and arranged them on the hill before speaking a prayer. They left the jerseys there as they left the field.

"You can not think of this stuff," Trout said after driving in six runs and finding that the Angels had seven runs in the first inning the day before the Skaggs turn and scored 13 runs in the standings and competed against 28 fighters 28. His birthday was July 13 or July 13. "Tonight was in his honor and he has definitely taken care of us."

The Angels have set up Skaggs' locker in every stadium they've visited since his death. Clubhouse managers even made him a throw-back jersey when the Angels celebrated the weekend of the 1970s and, last week in Houston, got the materials they needed to personalize his Players Weekend jerseys he chose for the celebrations – "Slick ".

Many of Skaggs' Friends Players Weekend's jerseys were dedicated to his remembrance last week, including Nationals pitcher Patrick Corbin, drafted by the Angels the same year as Trout and Skaggs, and 2010 with Skaggs vs. Arizona Diamondbacks was traded.

In a memorial service in the Catholic Church of St. Monica in Santa Monica, hundreds have praised a man who was described as passionate and caring. Skaggs & # 39; Mrs. Carli spoke of her love. His mother listened from the front as family members and Skagg's closest confidants shared their silly – and heartbreaking – memories.

Nathan Fenno, a member of the Times, contributed to this report.