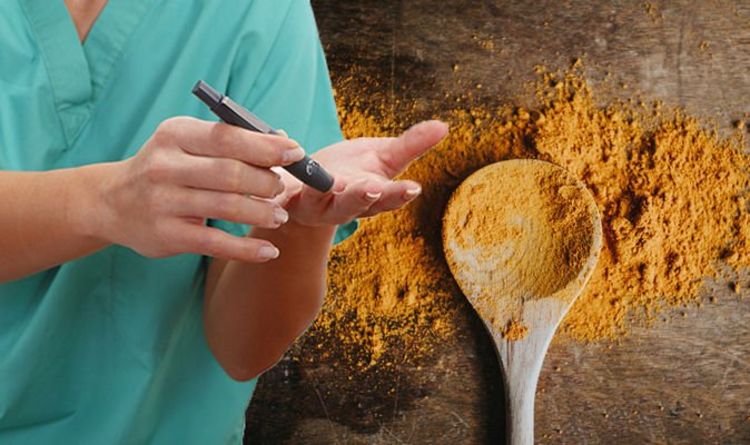 Diabetes is a condition in which the blood sugar level is too high. In type 2 diabetes, this happens because the body can not produce enough insulin or the insulin produced is rejected by the body's cells. The job of insulin is to transfer the sugar in the blood into the cells. If this is not possible, too much sugar remains in the blood. Reducing sugar in your diet is the most obvious way to avoid high blood sugar, but that should not mean that diabetics can not enjoy sweet treats.

If you have a sweet tooth but you also have diabetes, exchanging sugar with cinnamon could help keep your blood sugar under control.

According to Diabetes.co.uk, cinnamon is increasingly associated with improvements in diseases such as diabetes.

This is because research has shown that cinnamon can help improve blood sugar levels and increase insulin sensitivity.

A 2003 clinical study showed that cinnamon bark improves blood sugar and cholesterol in patients with type 2 diabetes and may also reduce the risk factors of diabetes and cardiovascular disease.

A daily intake of 1

g, 3 g or 6 g of cinnamon bark lowered glucose in serum, triglyceride and bad cholesterol after 40 days in 60 middle-aged diabetics.

An earlier study from 2000 fou Consuming 1 g of cinnamon per day can increase insulin sensitivity and help treat or reverse type 2 diabetes.

A later study from 2007 found that eating 6 g of cinnamon slowed gastric emptying and significantly reduced hyperglycemia after meals.

As a result of the available scientific evidence, many health professionals claim that cinnamon contains properties that are beneficial for blood sugar regulation and the treatment of type 2 diabetes. "

compounds cinnamon must still be medically approved for the prevention or treatment of disease."

Cinnamon is sold in many forms, including cinnamon sticks, powder, tea, oil and tablets used in most health stores and above

Diabetes.co.uk recommends consulting a doctor first if you are taking cinnamon supplements or dietary changes.

Other studies have also shown that cinnamon has a cinnamon-n anticoagulant Effect on the blood, relieve pain in arthritis patients, strengthen the body's immune system and stop drug-resistant fungal infections.

Other health benefits of cinnamon that have been shown in some studies include alleviating indigestion and reducing leukemia and lymphoma Cancer cells.

Most of these health benefits are related with ceylon cinnamon as opposed to cassia bark cinnamon, the species that is involved in most diabetes research.

Cinnamon is also an important source of vital nutrients including calcium, fiber, manganese and iron.

In addition to sugar metabolism, diabetics are advised to eat a healthy, well-balanced diet and low saturated fat while being trained on a regular basis to control the disease. [19659003] Diabetes: Four Common Symptoms

Diabetes is a life-long disease that causes a person's blood sugar levels to become too high.

There are two main types – type 1, when the body's immune system attacks and destroys insulin-producing cells, and type 2, when the body does not produce enough insulin or body cells do not respond to insulin.

Type 2 is type 1 is more common than type 1, with 90 percent of all diabetics in the UK having Type 2.

If you go to the toilet much more than usual, this is a common sign of diabetes, especially at night.

Frequent urination is also a sign of other medical problems, such as prostate problems. Be sure to visit your doctor to confirm diabetes.

Excessive thirst, also known as polydipsia, is a classic sign of diabetes. It is associated with frequent urination.

As excess glucose accumulates in the blood, the kidneys have to work extra hard to filter and absorb the excess sugar. If they can not keep up, the excess sugar is excreted to the urine, taking fluids from body tissues.

This causes more urination, which can drain diabetics.

High blood sugar levels can cause the inside of the eye to swell, which can lead to blurred vision.

If you are not trying to lose weight and you notice that muscle mass is getting lost or the number on the scale is falling, this could be a sign of diabetes.

This happens because insufficient insulin prevents the body from bringing glucose from the blood into the cells to use as energy.

The body then burns fat and muscle for energy and leads to weight loss.