Tyron Woodley addresses his loss to Colby Covington: “I don’t know what the hell happened.” 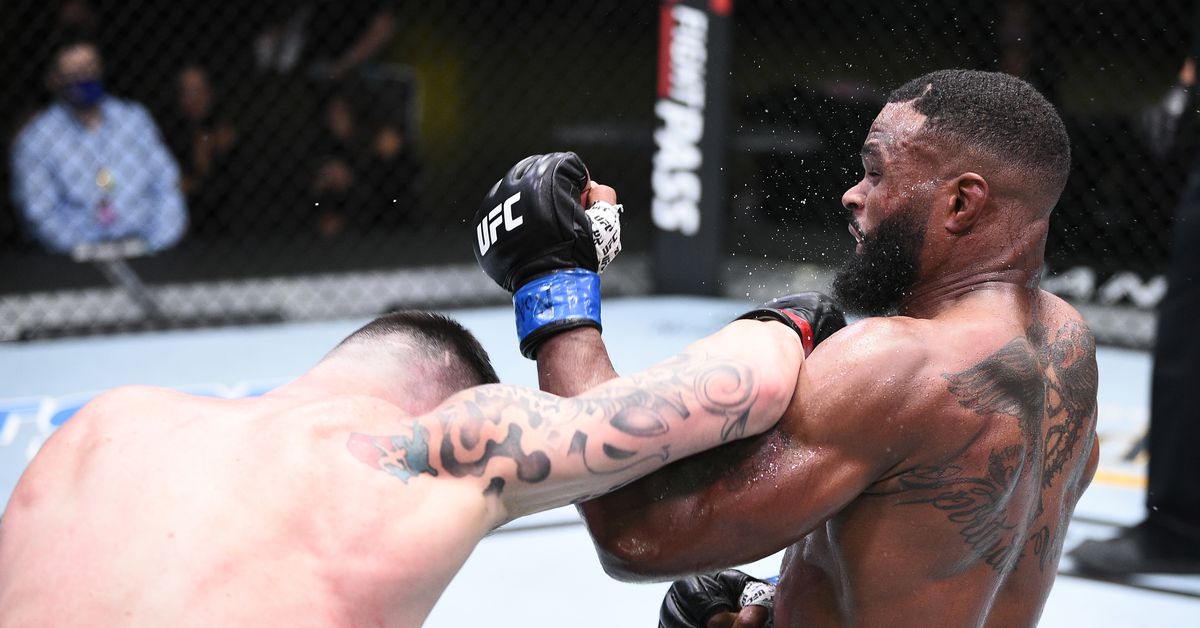 Tyron Woodley makes no excuses for his performance against Colby Covington at UFC Vegas 11, but the loss definitely sticks.

For most of the more than four rounds, the former welterweight champion struggled to keep his back off the cage, constantly defending Covington’s shutdown attempts and a relentless pace.

The fight ended after Covington planted Woodley on the mat in the fifth round and a rib injury forced him to quit the competition.

Woodley didn’t appear at the UFC Vegas 11 post-fight press conference, but he went on Instagram to see a short video when he was rushed to a local hospital to have his injuries reviewed. Despite not yet having a diagnosis, Woodley said he “popped a rib” which ultimately led to the loss of TKO.

Given the course of the fight, Woodley was speechless as to what had gone wrong. But he knows that the last thing he wanted to do was fall to Covington.

“I appreciate you – I love you,” Woodley said during the video. “It didn’t go the way I wanted it to. Last person I wanted to lose to.

“I don’t know what the hell happened. It happened. I have to dust it off, shake it off, and find a way. “

After Woodley remained unbeaten for seven fights in a row, including five title fights, he now fell three times in a row and lost 14 rounds in a row against Covington, Kamaru Usman and Gilbert Burns.

While his losses have fallen to the top three world champions in the UFC, Woodley has not been a major factor in any of those matchups. He fell into two unilateral decisions and lost to TKO on Saturday night.

It’s impossible to say where Woodley is going from here, but UFC President Dana White believes it might be time for the former welterweight champion to consider the end of his fighting career.

“I think he should think about hanging it,” White said during the post-fight press conference on Woodley. “He had a great career, he had a great run.”