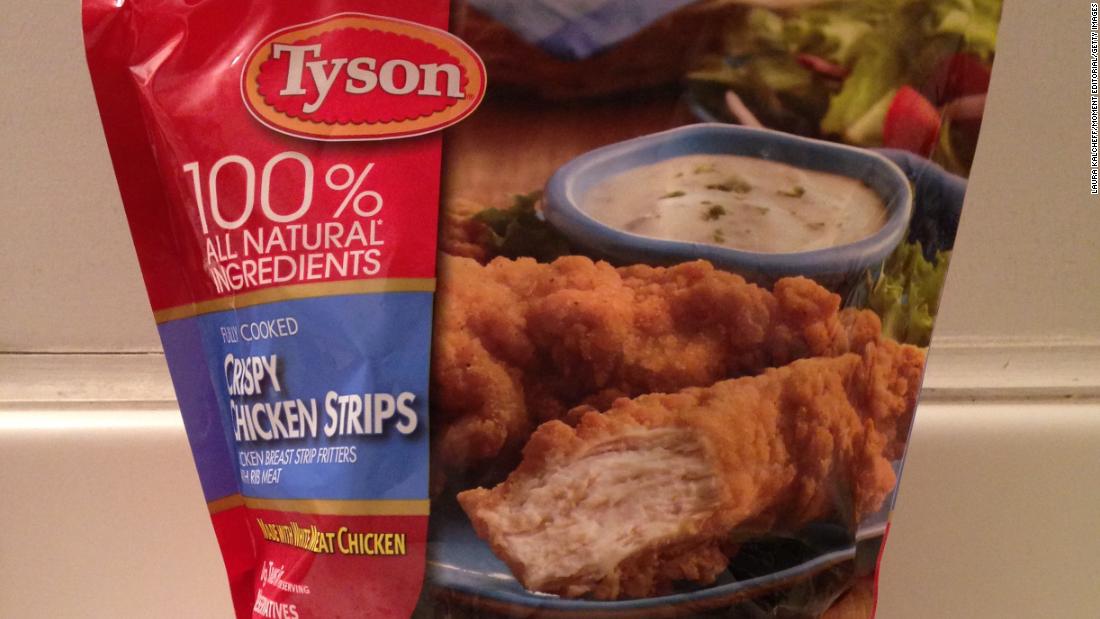 The expansion comes after three out of six people who have complained about finding pieces of metal in certain Tyson products have claimed they have been injured in the mouth, the agency said.

The products now recalled were produced from October to March 8, and they have "Expiration Date" from October 1, 2019 to March 7, 2020.

Each of the recalled products has the plant number "P-7221" on the Back of the package.

At the previous recall, the products had only one expiration date: November 30, 201

The Food Safety and Inspection Service said this initially discovered the problem due to two consumer complaints about foreign materials in chicken strip products.

But the agency said that "there are now six complaints during this period known with similar pieces of metal".

Three of the complainants alleged that they had an oral injury,

Consumers are encouraged to discard or return products that may be affected and not use them.

"FSIS is concerned that products are in consumer freezers," the agency said in a press release. "These products should be thrown away or returned to the place of purchase."

CNN's Madeline Holcombe and Joe Sutton contributed to this report.