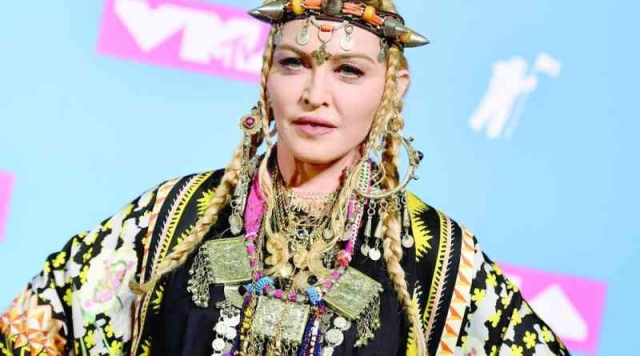 The American singer Madonna announced the day before yesterday that she intended to make a film about her autobiography, which is described as “incredible” and as a game in the form of “Russian Mountain” or a roller coaster.

A statement posted on Madonna’s website said the singer, who began her artistic career nearly 40 years ago and shattered a number of taboos, will be directing this film from her autobiography for the benefit of “Universal” Productions.

Madonna will co-write the film’s script alongside Diablo Cody, who won the 2007 Oscar for Best Screenplay for Juno. In a statement Madonna (62) was quoted as saying, “I want (the audience) to share my incredible life journey as an artist. As a musician, as a dancer ».

“Music will be at the heart of the film,”

; she added. “Music developed me and art brought me to life,” she said. There are so many inspiring stories that no one has heard and who better to tell them than me? It is very important that I participate with my voice and my vision in my life, which was shaped like the “Russian mountain” and is full of ups and downs.

And Universal Film Entertainment President Donna Langley described Madonna as “the icon par excellence.” “Our culture is shaped like hardly any other, with its special talent for creating art that is accessible to everyone and pushing boundaries,” she said.

The statement made no mention of the start date of the film, which is produced by Amy Pascal (“Little Women” and “Spiderman: New Generation”).

Follow Fikrun wa Fann from the explanation on Google News

Zahrat Al Khaleej – Jesse Abdo: Life has taught me that there is no blessing that lasts