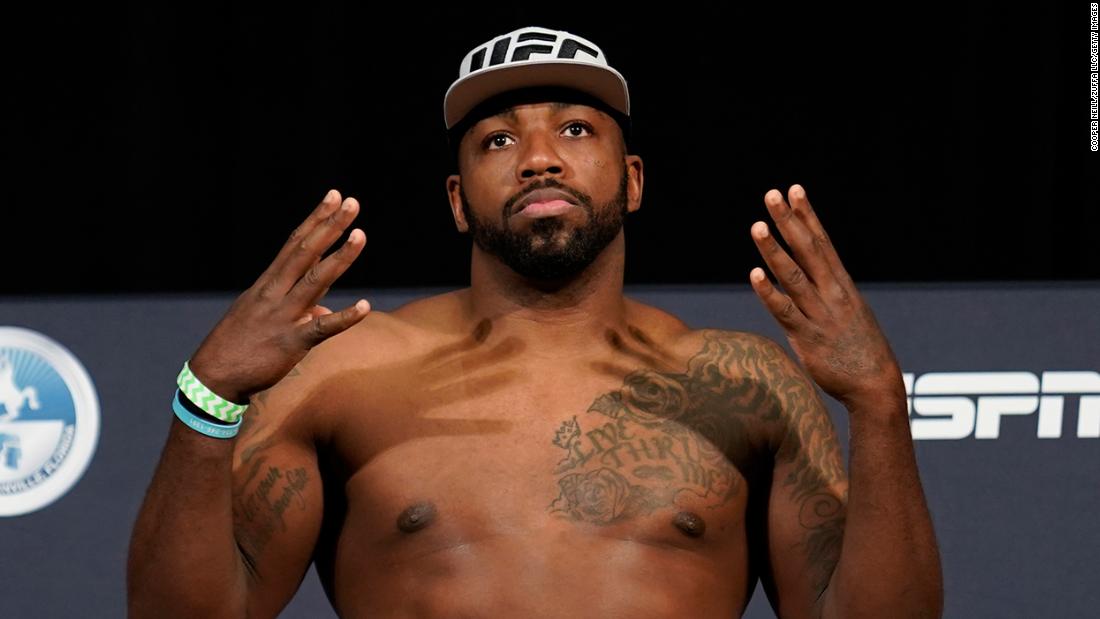 The 6-foot-5-inch, 250-pound UFC fighter said he went through a dark time after Blanchard’s death. He wondered if going back to the fight meant he wasn’t thinking about her.

“There was honestly a point where I wanted to think of something other than my daughter,” Harris told reporters this week.

But he says thanks to the support of his wife and prayer, Harris will return to the octagon on Saturday to fight Alistair Overeem as the main event for the “UFC on ESPN 8”. Because of Covid-19, there will be no fans at the VyStar Veterans Memorial Arena in Jacksonville, Florida.

Harris and Overeem were originally supposed to fight in December, but Harris retired after his daughter’s death. When he considered returning to UFC, Harris said he could hear his daughter speaking to him and urged him to get back in shape and fight.

“My focus has been razor sharp since the tragedy. I’m fighting for a different purpose,” said Harris. “My daughter is with me everywhere.”

Blanchard was kidnapped by a chevron station

The 19-year-old Blanchard was missing in Auburn, Alabama, in late October. Her remains were then discovered in a Macon County forest in late November.

An autopsy revealed that Blanchard had died from a gunshot wound, and the coroner decided that her death was a murder, Lee County District Attorney Brandon Hughes said in December.

The Auburn Police Department issued an arrest warrant for Ibraheem Yazeed, who they believe has kidnapped Blanchard from a Chevron station on College Street, Hughes said. Yazeed was arrested in Florida on November 7th by members of the U.S. Marshals Fugitive Task Force and the Sheriff’s Office in Escambia County, Florida, for the arrest warrant for the Auburn police.

Hughes said his office was planning to file a death sentence on Yazeed. His charges were upgraded in December from first-degree kidnapping to capital murder.

Yazeed’s next appearance in court is scheduled for June. Previous appearances have been postponed due to the Covid 19 pandemic.

CNN has asked Yazeed’s lawyer to comment, but the requests have remained unanswered.