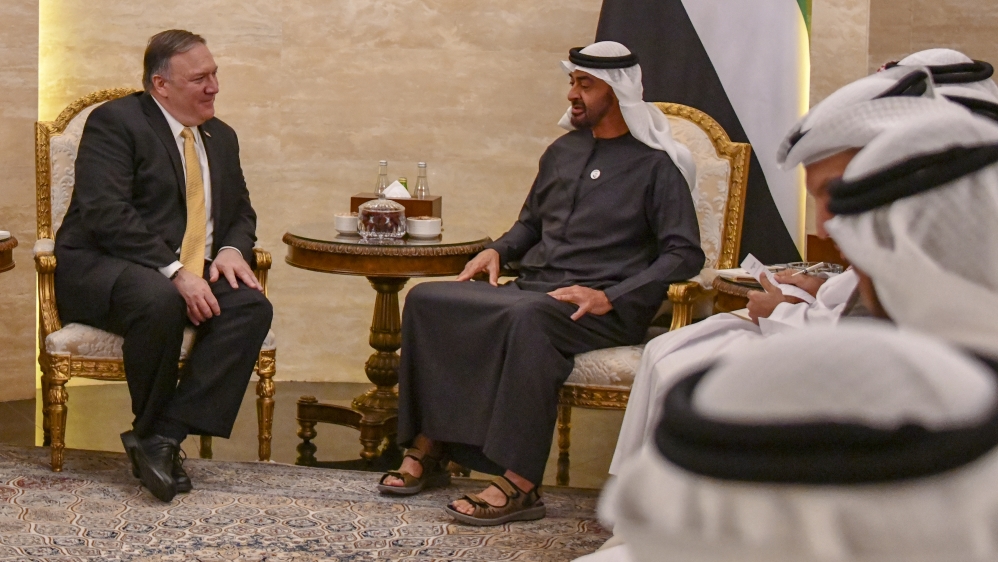 The United Arab Emirates canceled a planned meeting with the United States and Israel over differences over the possible sale of American F-35 fighter jets to the Gulf state, against which Israeli Prime Minister Benjamin Netanyahu has spoken out, a report said Monday.

The U.S. has sold the F-35 jet to allies – including South Korea, Japan, and Israel – but sales to the Gulf require a more thorough review due to American policy that Israel retains a military advantage in the Middle East.

According to US news website Axios, the United Arab Emirates suspended a scheduled meeting with the US and Israel on Friday after Netanyahu leaked publicly for denying knowledge of the proposed Washington, DC-Abu Dhabi arms deal.

Axios said the Emiratis wanted to send a message, adding that the Gulf state believes Netanyahu̵

7;s statement violates an understanding between them – following their historic announcement on August 13 that diplomatic relations would normalize.

“They (UAE) were particularly angry that he (Netanyahu) told members of his cabinet that he would express his concern about the deal with members of Congress,” the report said.

The report added that the F-35 deal is a “top priority” for the UAE, which it regards as linked to the normalization agreement with Israel.

On Monday, he said the US would ensure Israel retains a military advantage in the region.

Get Palestinians out of the way

“The United States has legal requirements for qualitative military advantage. We will continue to comply,” Pompeo told reporters after meeting Netanyahu.

Netanyahu said he had been reassured on the matter by Pompeo, who had started his tour in Jerusalem. Pompeo’s regional visit, which also aims to build a front against Iran, will take him to Sudan, UAE and Bahrain.

Pompeo pointed out that Washington had provided military support to the UAE for more than 20 years, measures he identified as necessary to fend off common threats from Iran – including Israel’s regional rivals.

“We are determined to do this, and do it in a way that preserves our commitment to Israel, and I am confident that the goal will be achieved,” said Pompeo.

Meanwhile, the Palestinians warned the Trump administration not to get them out of the way in their diplomatic advance in the Middle East.

“Recruiting Arabs to recognize Israel and open embassies does not make Israel a winner,” said Palestinian negotiator Saeb Erekat in an interview with Reuters.

“You are putting the entire region in a situation of defeat because you are designing the road to perpetual conflict in the region.”