Unix at 50: How the operating system used to run smartphones started after an error 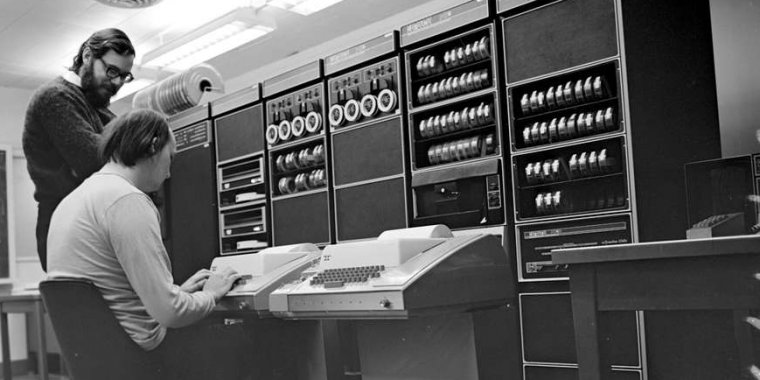 Perhaps its penetration has long obscured its origins. But Unix, the operating system that drives almost all smartphones sold in one or the other derivative, was born 50 years ago from the failure of an ambitious project involving titans such as Bell Labs, GE and MIT. The unlikely history of Unix, which was largely developed by some programmers at Bell Labs, begins with a top-floor meeting at an otherwise unobtrusive outhouse on the sprawling Bell Labs complex in Murray Hill, New Jersey.

Cold Monday, the last day in March 1969, and the Department of Informatics hosted major guests: Bill Baker, a vice president of Bell Labs, and Ed David, the research director. Baker was about to plug in Multics (a compressed form of MULTiplexed Information and Computing Service), a software project that the Department of Computer Science had been working on for four years. Multics was two years overdue, well above budget and only worked in the context of a loose as possible understanding of terms.

Baker made a speech claiming that Bell was a miserable mistake Labs had achieved everything they wanted to achieve in Multics and did not have to work on the project anymore. As Berk Tague, a colleague at the meeting, later told Princeton University, "Like Vietnam, he declared victory and quit Multics."

Within the department, this announcement was hardly unexpected. The programmers were aware of the various issues that had to do with both the scope of the project and the computer for which they were developing it.

Yet, it was something they had to work on, and as long as Bell Labs was working on Multics, they also had a $ 7 million mainframe to play with in their free time. Dennis Ritchie, one of the programmers working on Multics, later said that they all had a share in the success of the project, even though they knew that the chances of that success were extremely slim.

The termination of Multics meant the end of the only project IT programmers had to work on-and that meant losing the only computer in the IT department. After dismantling and removing the GE 645 mainframe, the IT department's resources were reduced to just over office supplies and a few terminals.

Like Ken Thompson, another programmer who works on the project, ironically observed history project for the Unix Oral: "Our personal way of life would become much more spartan."

Fortunately for computer fans, compulsion can sometimes lead to immense creativity. And so the most influential operating system ever written was not funded by venture capitalists, and the people who wrote it did not become billionaires. Unix came about because Bell Labs hired clever people and gave them the freedom to enjoy themselves. They trusted that their projects would be more useful. Before Unix, Bell Labs researchers had already invented the transistor and the laser * as well as numerous innovations in computer graphics, speech synthesis and speech recognition.

Hopefully enough, Multics had begun enough, though at first glance its goals were vague and extravagant.

A collaboration between GE, MIT and Bell Labs, Multics, has been promoted as a project that should turn computing power into something that is as easy to achieve as power or phone service. The researchers at Bell Labs have a socket in their office that connects their terminal to the multics mainframe, and they can access all of the mainframe's resources in real time. You could also save files to the mainframe and recall them at will.

If all of this sounds unbelievably trivial, it's a testament to how important these functions became even for simple computer tasks. With the advent of Multics for the first time in the early '60s, file storage was a novelty, and sharing time (or allowing multiple users to share access to a single computer's resources) became experimental and not in a production environment with a high number of users.

Computers in the early 1960s executed programs sequentially. A researcher at Bell Labs wrote a program, turned it into computer-accepted input (punched cards, paper strips, or magnetic media for really failed machines) and dumped it in the data center. A computer operator queued the program, ran it, and delivered the printed results and the original program to the researcher.

If the code had an error, it was the hassle of printing out and removing punched cards Waiting in the data center and then waiting for results was rewarded with an expression like "SYNTAX ERROR". You may also receive a line reference or other potentially helpful information.

As the programs became more complicated, this method of debugging code became even more frustrating than it already was. But no company or university, not even Bell Labs, was able to buy a mainframe for every single researcher – the GE 645, developed by Bell Labs Multics, cost almost as much as a Boeing 737 in 1965.

Das Interest in timeshare was widespread, with several researchers simultaneously executing programs on the mainframe and immediately retrieving the results on their remote terminals. With time sharing, the programs were not printed on punched cards, but written and saved on the mainframe. Theoretically, researchers could write, edit and execute their programs while they were on the move, without leaving their offices. Multics was designed with this goal in mind. Launched in 1964, the first delivery period was 1967.

The MIT, which already developed and used a primitive timeshare system called CTSS, provided the specifications, GE the hardware, and GE and Bell Labs the programming tasks.