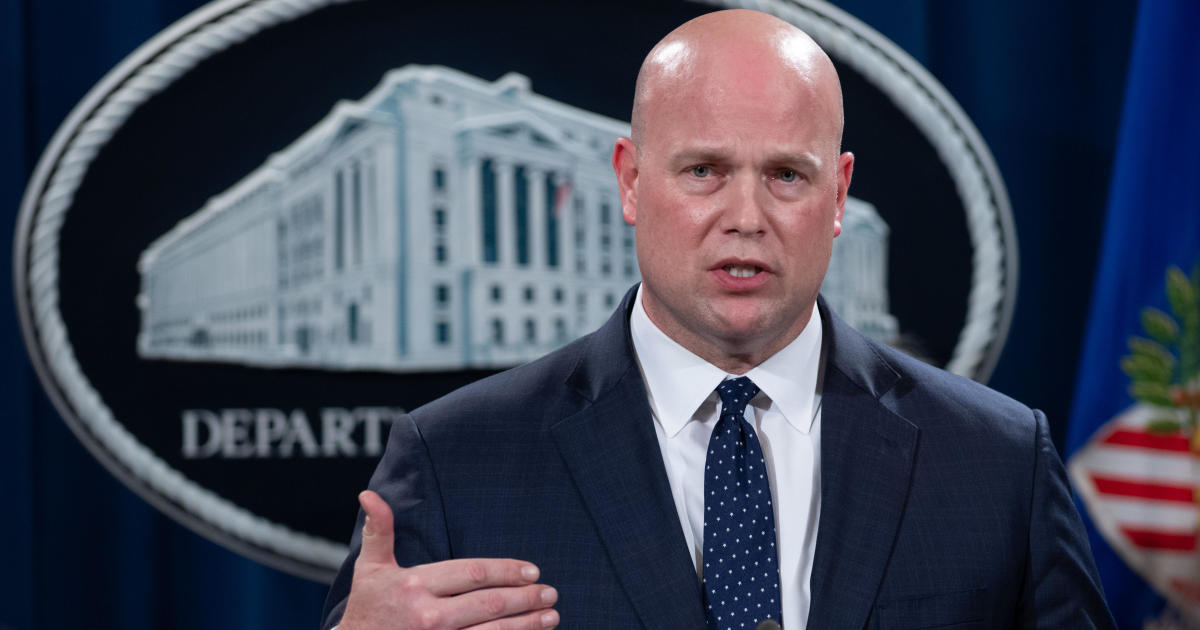 Washington – The investigation by Special Prosecutor Robert Müller is "close to completion," incumbent Attorney General Matthew Whitaker said Monday. At his first press conference, since the Ministry of Justice was taken over in November 2018, Whitaker also said he was "fully informed" about Muller's probe.

"For the moment, you know, the investigation is I. I think we're nearing completion and I hope we can get the report from Director Müller as soon as possible," Whitaker said.

A spokesman for the Special Representative's Office refused to comment on Whitaker's remarks.

Müller's investigation Russia's involvement in the 201

6 campaign and possible ties to the Trump campaign began in May 2017, shortly after President Trump abruptly fired FBI director James Comey. His investigators have filed charges against several Trump employees, most recently Roger Stone, who was charged [Friday on Friday for lying to Congress and manipulating a witness.]

Whitaker oversees the Mueller probe as head of the Ministry of Justice. His predecessor Jeff Sessions claimed from the investigation in March 2017 for questions about his own contacts with the Russian Ambassador during the 2016 campaign.

When Whitaker became deputy attorney general, in 19459006 he was under tremendous pressure from Democratic lawmakers to withdraw from his involvement in Mueller's work because of comments on the probe as a private citizen in 2017. Whitaker had argued that Investigation should be to a limited extent, once with his budget being cut, "so low that his investigations are almost stalled".

On Monday, Whitaker seemed to turn away from these reviews.

"The statements I made were as private citizens with only publicly available information," Whitaker said. "And I am sure that the decisions taken will be reviewed by the various means at our disposal."

President Trump has nominated William Barr as the permanent successor to Whitaker. Barr served as attorney general during the first Bush administration and had a Senate hearing earlier this month in which he said it was "vital" for Mueller's work to end.

Paula Reid and Andy Triay contributed to the coverage.