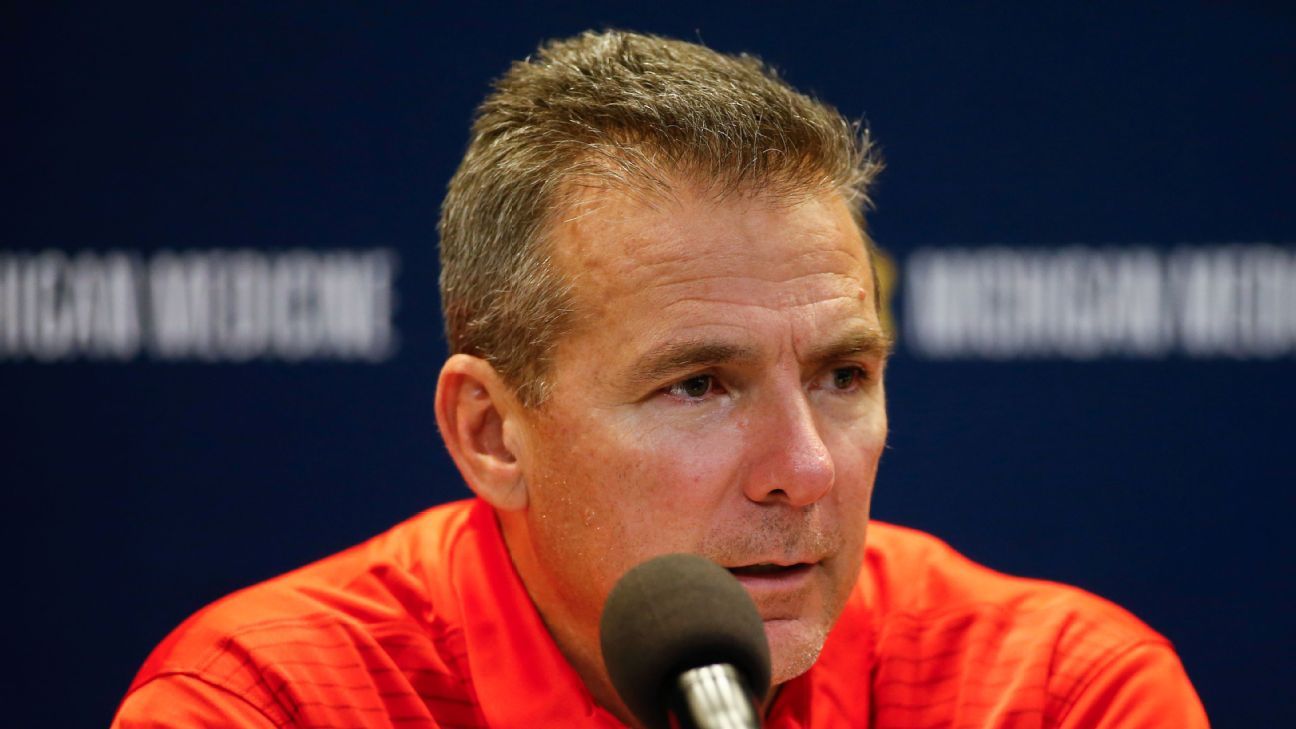 Urban Meyer's first role after retiring from training will take him to a classroom at Ohio State Business School.

Meyer, who will retire as Ohio State's coach after leading the Buckeyes against Washington at the Rose Bowl on January 1, had co-taught a course entitled "Leadership and Character" at the Fisher College of Business of the state of Ohio. Meyer will teach alongside Lieutenant-Colonel Charles Buchanan, a senior lecturer at the Business School, who also spent 15 years with the US military and has conducted tours in Afghanistan, Iraq, and Kosovo. Spring has said he does not intend to return to coaching. Scott W. Gray / Icon Sportswire

WBNS television in Columbus first reported on Meyer's curriculum during a one-on-one interview on Thursday. The Leadership Course, led by Buchanan and Meyer, will meet three times a week in the spring semester and can accommodate up to 1

"Urban Meyer provides a comprehensive leadership experience and a unique perspective for students who want to engage with top leaders," the Fisher College of Business said in a prepared statement. "The course will leverage Coach Meyer's professional insights, challenges and achievements, as well as the military experience of senior teacher Lt. Col. Charles Buchanan to help students develop their individual leadership styles."

Meyer has already done so before speaking with students from the Ohio State Master of Sports Coaching program. Jim Tressel, former football coach of the state of Ohio, also taught while working at the school.

Meyer, 54, is also expected to play a role in the Ohio State Sports Department, which supports Sports Director Gene Smith. He said he did not expect a return to training.

Meyer spent the last seven seasons in Ohio State where he set up 82-9 with a national championship, three big-ten championships, seven division titles and a 7-0 record archrival Michigan.