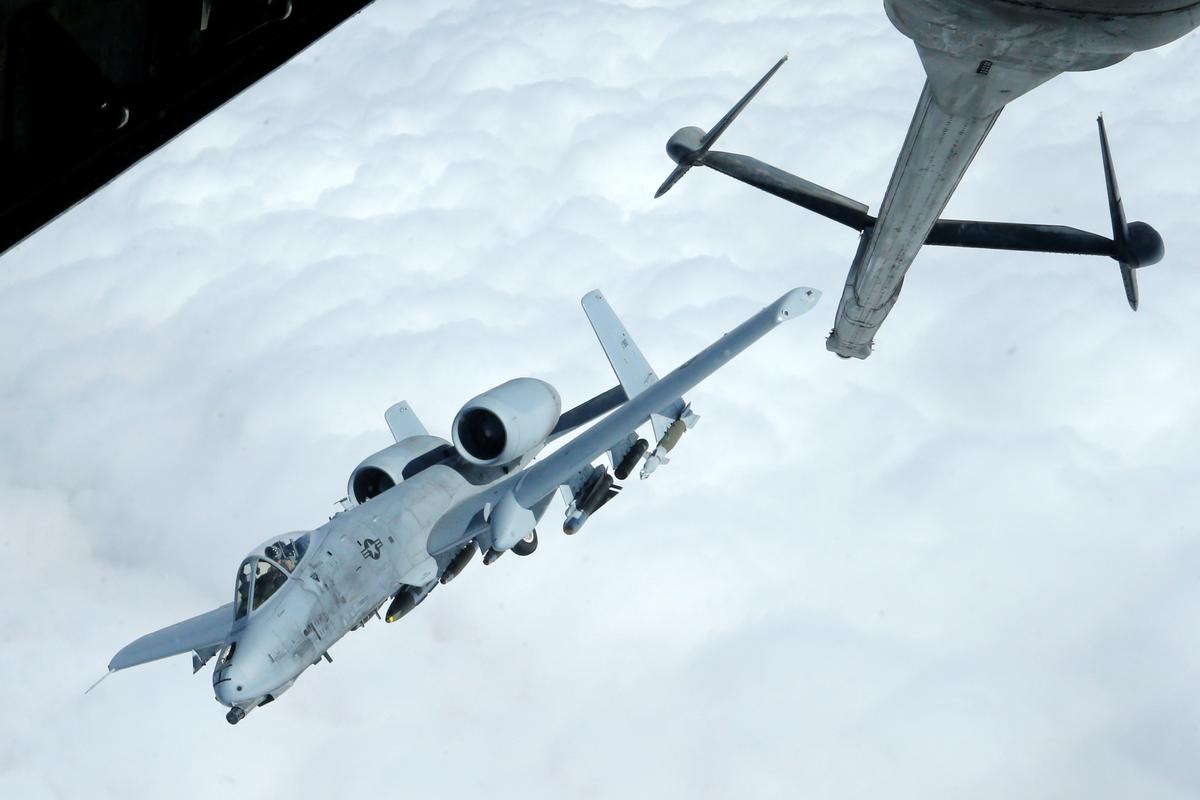 0 extension after the refueling aid in the air to Operation Inherent Resolve over Iraq and the Syrian airspace of March 15, 2017 REUTERS / Hamad I Mohammed

WASHINGTON (Reuters) – The US-led coalition in Syria carried out air strikes last week that destroyed facilities used by the Islamic State, the coalition said Tuesday, less than a week after President Donald Trump had declared victory over the militant group and said he would withdraw US troops from the war-torn country.

The coalition said its attacks during the week of 16 to 22 December, including air strikes and "coordinated fires", had destroyed logistics facilities and staging areas used by the Islamic State, impaired the group's ability to finance its activities, and "removes" several hundred ISIS fighters from the battlefield. "

" ISIS poses a very real threat to the long-term stability of this region and our mission remains the same, the permanent defeat of ISIS, "said British Major General Christopher Ghika Deputy Commander of the Coalition.

ISIS is a commonly used acronym that refers to the Islamic State.

This statement contradicts Trump's statement last week that US forces had succeeded in defeating the Islamic State and were no longer needed in the country.

The news of the withdrawal was immediately criticized by some of Trump's republicans. They said that the withdrawal would strengthen the hand of Russia and Iran, both of which support Syrian President Bashar al-Assad.

In response to Trump, the British Foreign Ministry said last week that the Islamic State was a threat, even if it had no territory.

The retreat may also leave open an alliance of Kurdish and Arab militants, known as the Syrian Democratic Forces (SDF), which is among the most effective against the Islamic state, but is now considered a threat as Turkey outweighs a new offensive Syria.