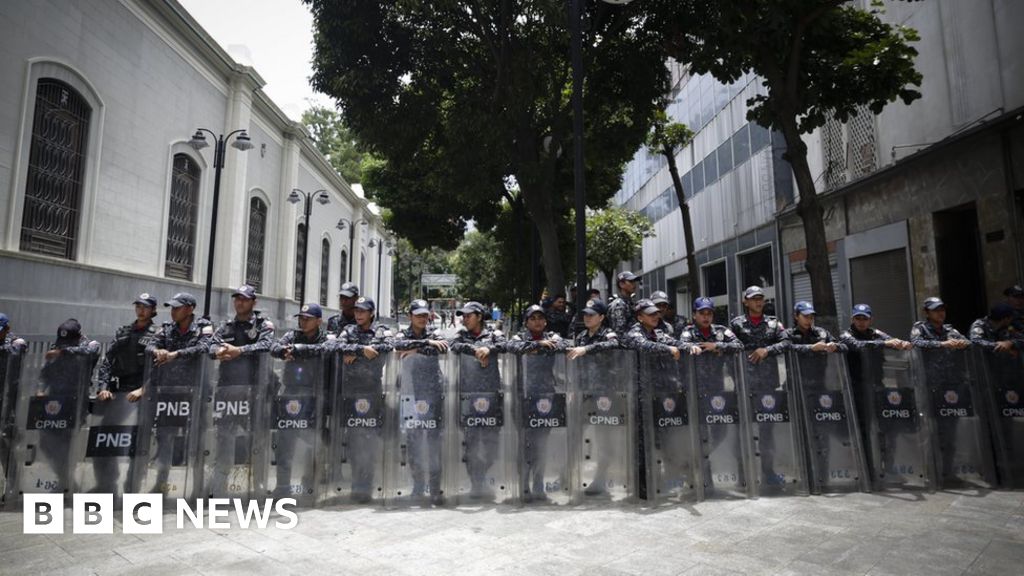 The Supreme Court of Venezuela has indicted four opposition MPs of betrayal and conspiracy, a few days after they had raised similar allegations against ten other lawmakers Maduro in April.

Last week, a lawmaker was arrested and several escaped in embassies.

Members of the secret service Sebin, the national police and the military prevent the legislator from attending a meeting of the opposition-controlled National Assembly in the capital Caracas.

Legislators should discuss the decision of the Supreme Court to lift the parliamentary immunity of several of his colleagues and the arrest of Edgar Zambrano, the Assembly, vice-president.

The security forces said they were investigating a possible explosive in the building, according to the legislature.

"This is all part of a show to prevent the National Assembly from functioning," legislator Juan Pablo Guanipa told Reuters news agency. "This is a dictatorship that persecutes dissidents, and we fight for political change."

Mr Guaidó, who had previously accused Mr Maduro of announcing the closure of the National Assembly, said on Twitter: "They are trying to take the Legislative power hostage while the dictator is holed up in a palace in which he is alone should not be. "

President Maduro has intensified the crackdown on the opposition since its failed uprising on April 30.

The National Assembly was disempowered as the ruling Socialist Party of Mr. Maduro lost control of them in 201

6. He then founded the Loyalist-controlled National Assembly.

Last week, three opposition legislators sought refuge in foreign embassies after losing their immunity to Congress. Meanwhile, since his dramatic arrest last wednesday, no word has come from Mr Zambrano.

Mr. Guaidó, the chairman of the National Assembly, declared himself Interim President in January and was recognized by more than 50 nations, including the United States and most in Latin America. President Maduro retains the support of the top ranks of the military and its allies, including Russia, China and Turkey.