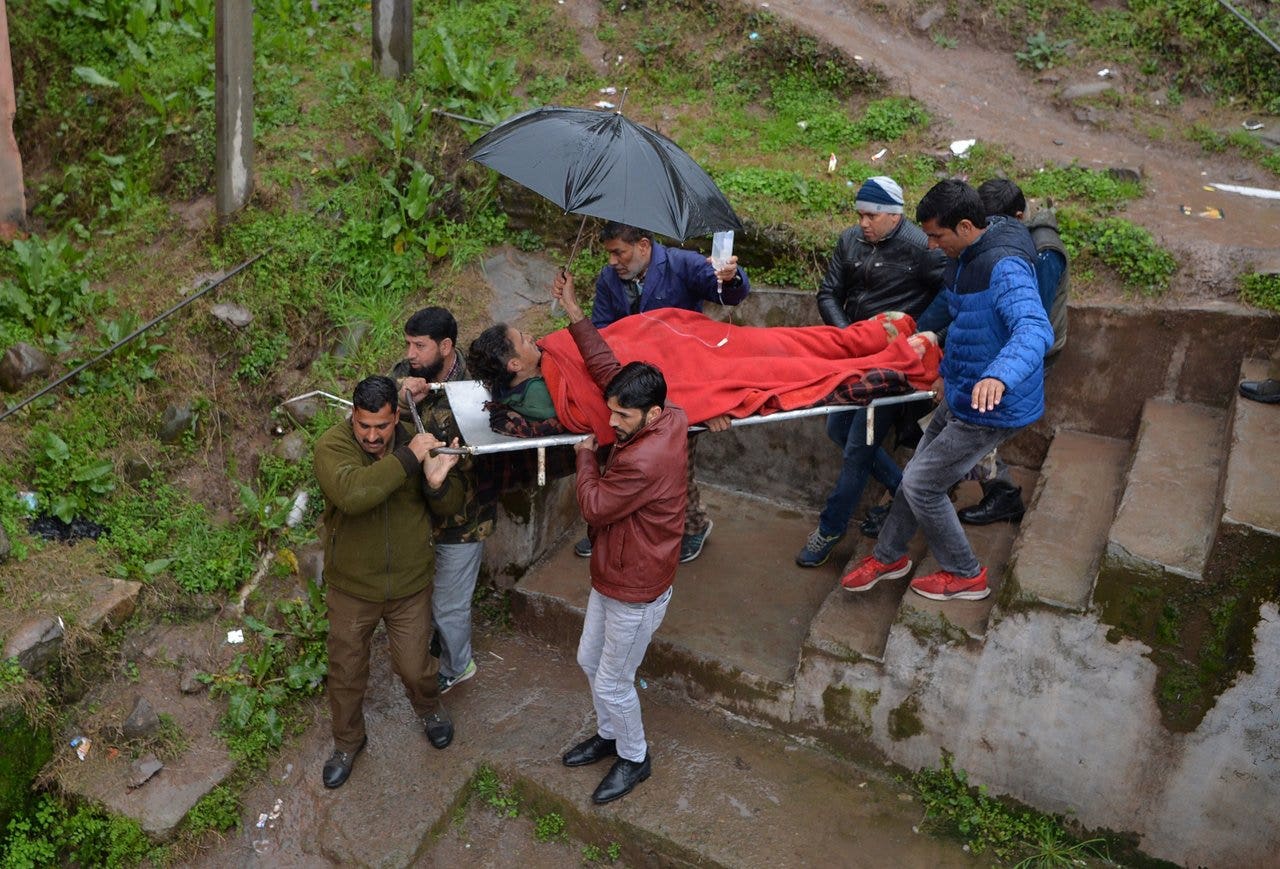 Violent clashes between India and Pakistan left at least six civilians and two soldiers dead in the disputed mountainous region of Kashmir, officials said on Saturday.

Fighting reportedly resumed late on Friday night as Pakistani troops reportedly launched mortar shells along border towns in Kashmir, killing a mother and two siblings and critically wounding their father. Kashmir is split by the Line of Control (LoC), which is said to have lost its share of popularity in India.

Pakistani military said they were killed in an exchange with India in Kashmir on Friday, and that Indian man killed a young boy and wounded three other people, destroying several houses in the process. Indian Army troops indiscriminately targeted border villagers along the line of control.

Tensions between the two nuclear countries have been steadily rising over the last few weeks, after a Pakistani suicide bomber collided with a truck carrying Indian soldiers in Kashmir on Feb. 14, killing at least 40 people. Jaish-e-Mohammad camp.

Then, on Wednesday, Pakistani Military shot down at Indian fighter jet and detained it's pilot, but they returned it Friday evening in a so-called "peace gesture."

India and Pakistan have fought three wars over Kashmir since their independence from British Rule in 1947. Now, world leaders are scrambling to prevent a fourth-party tensions between the two countries
(TAUSEEF MUSTAFA / AFP / Getty Images)

The Commander, Wing Commander Abhinandan Varthaman, has revealed that he is parachuted down from his captors' hands after fleeing locals his plane's wreckage.

India and Pakistan have fought three wars over Kashmir since their independence from British rule in 1947. Now, world leaders are scrambling to prevent a fourth amid rising tensions between the two countries.

The current violence marks the most serious escalation of the long-simmering conflict since 1999, when Pakistan's military sent a ground force into Indian-controlled Kashmir, the same year

Meanwhile, residents of Kashmir describe the experience of feeling "homeless" in their Indian counterpart on a Pakistani naval aircraft, killing all 16 on board own land. Many have fled to relatives' homes or government-run bunkers.

"These battles are fought on our bodies, in our homes and fields, and we still do not have anything in our hands. We are at the mercy of these soldiers, "said Mohammed Akram, resident of Indian-controlled Kashmir.