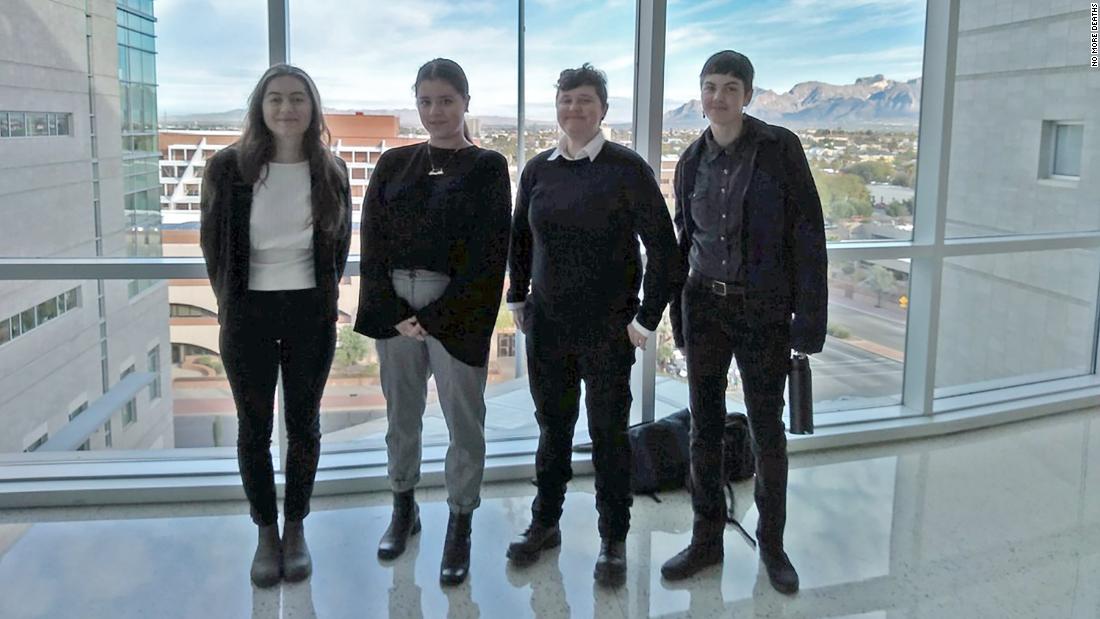 Volunteers belonging to the Unitarian Universalist Church of Tucson's No More Deaths ministry were sentenced to six months in prison and fined after being sentenced on Friday by federal judge Bernardo Velasco.

The volunteers – Natalie Hoffman, Oona Holcomb, Madeline Huse and Zaachila Orozco – were charged with entering a national wildlife sanctuary without permission and ownership, according to a statement from the relief group.

Five more volunteers from No More Deaths are due to "efforts to bring life-saving food and water to the wildlife reserve" Cabeza Prieta National Wildlife Refuge, "says the aid group. These volunteers will be tried in February and March.
Cabeza Prieta is Arizona's largest wilderness area and spans 803,418 hectares of isolated and rugged Sonoran Desert landscape. A joint investigation was initiated by US and Mexican authorities in 2001 after at least 14 migrants had died in a single incident after crossing the refuge. They were probably abandoned by human smugglers in the desert, authorities said.

No more Deaths says that since 2001, 155 migrants have died in the region.

Hoffman was also charged with operating a motor vehicle in a wilderness area. The offenses are all offenses. A sentencing date should be set in the next week.

"Not only does this verdict challenge volunteers from No More Deaths, but also people with consciences throughout the country," said Catherine Gaffney, who no longer asked volunteers for deaths. "If it is illegal for someone who dehydrates to give water, what humanity remains in the right of this land?"

Velasco said in his ruling that the Refuge is "littered with unexploded military (ordnance), the detritus of illegal entry into the United States, and road and off-road vehicular traffic from the US Border Patrol." He also noted that the water and food left by volunteers "undermined the national decision to preserve the shelter in its original nature." and conspiracy related to his "humanitarian aid". His trial will take place in late May.

An affidavit in support of the cargo from Hoffman, Holcomb, Huse and Orozco said that the four volunteers entered the designated wilderness area in August 2017 without permission to leave gallon pitchers with water and beans.