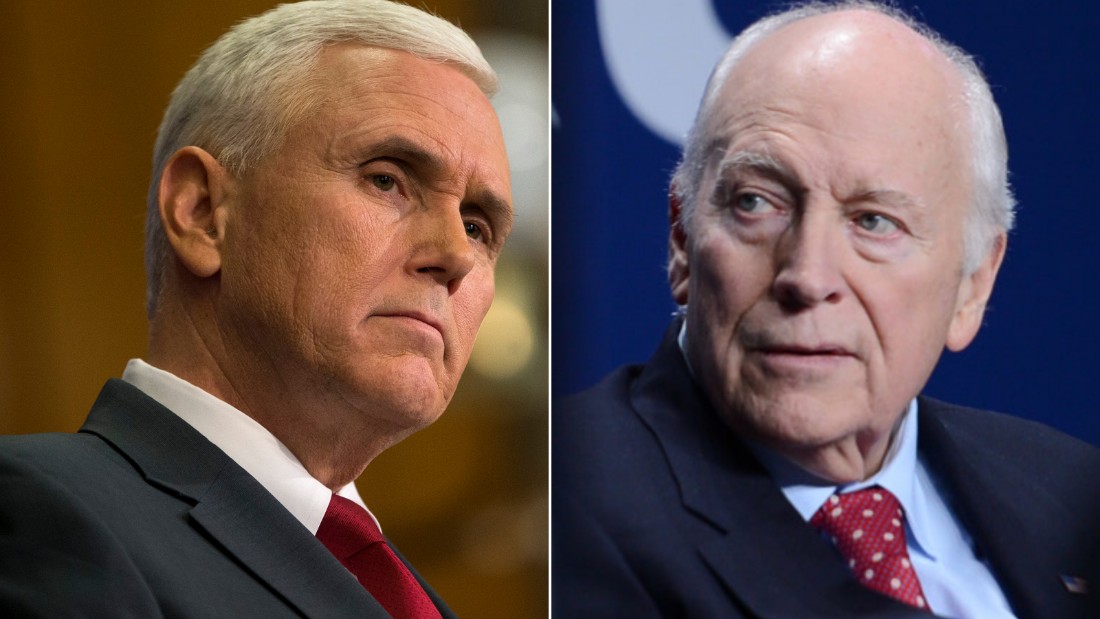 In a private retreat on Saturday hosted by the American Enterprise Institute, Cheney expressed concern over Trump's comments against the North Atlantic Trade Organization and the surprise withdrawal of US troops from Syria, the Post reported.

"I'm worried that the bottom line of such an approach is that we have an administration that resembles Barack Obama much more closely than Ronald Reagan," Cheney told Pence, according to the post, which is a transcript of the discussion.

friends and allies around the world Confidence in us is lacking, "the Post stated.

The allegedly tense discussion showed the rift in the Republican Party about Trump's" America First "foreign policy approach." Cheney, a hawk in the government George W. Bush was criticized for his role as supporter of the Iraq war and warned that Iraqi leader Saddam Hussein would have used nuclear weapons when no weapons of mass destruction were discovered.

A spokesman for Pence confirmed the post that the discussion was over the weekend, but refused further comments.

CNN has contacted Pence's office to comment on the conversation.

Cheney also expressed skepticism over the Trump government's policy of pursuing a policy that would require more money from US allies first armed by Bloomberg.

"I do not know, it sounded like a New York state real estate business," Cheney said, adding that he sees Trump's concern over foreign policy as a financial transaction, the Post noted.

Pence joked about Cheney's grilling and the lack of "softball" questions in front of the president's defense, according to the newspaper.