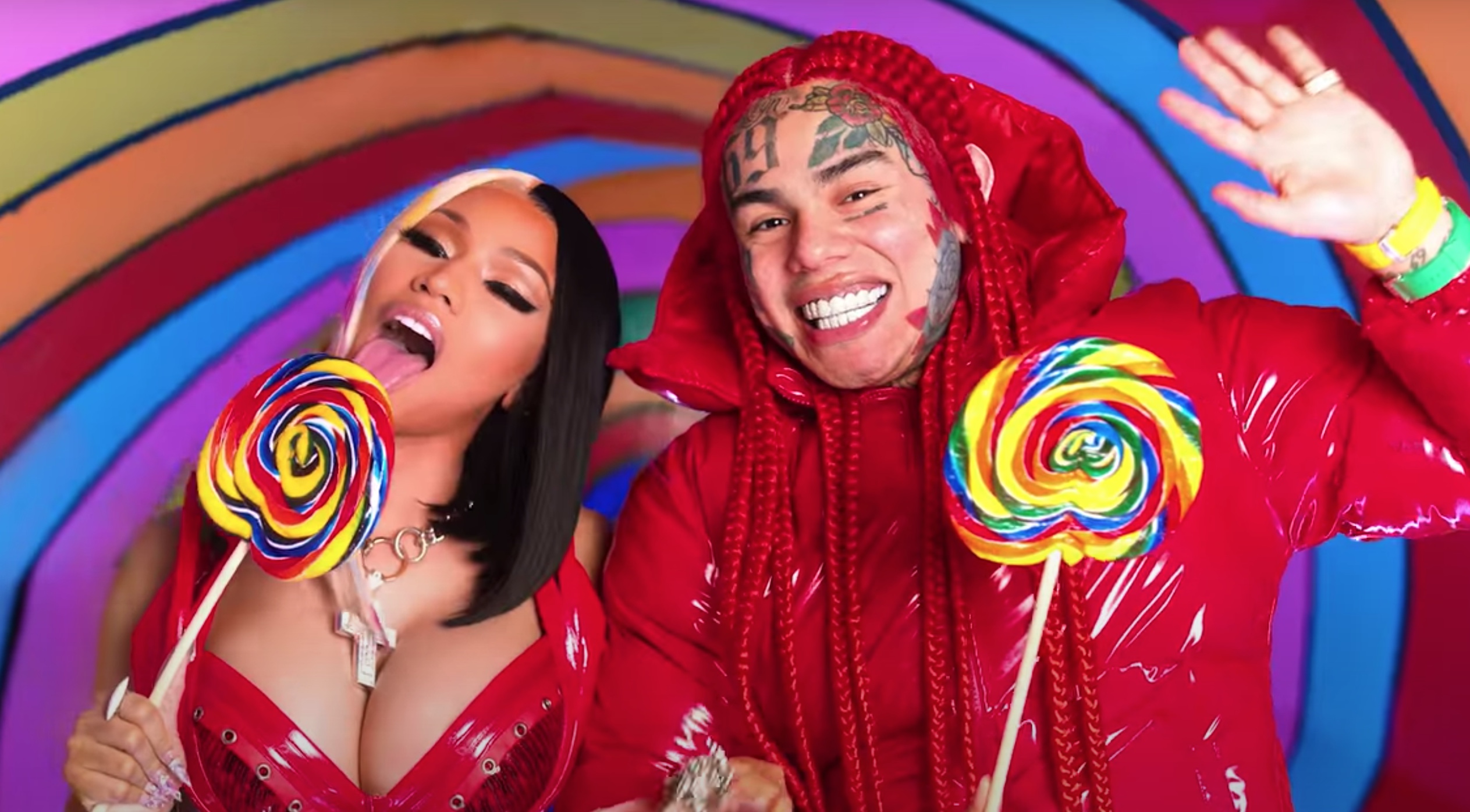 Tekashi 6ix9ine and Nicki Minaj have teamed up for the new song and video for “Trollz”. The title follows 6ix9ine’s “Gooba,” the first song he unveiled just over a month after he was released from prison due to concerns about the corona virus. The rapper is serving the rest of his prison sentence under house arrest and is under federal supervision.

In the colorful new video, the pair of haters speaks directly in the lyrics. “I know that you don’t like me, you want to fight me / you don’t want any problems at your party? Don’t invite me,” raps 6ix9ine. “I’m not worried about you, niggas, please listen to me always talk / talk about me because you̵

“You get nervous when Nicki is on the squad,” Minaj raps. “Someone took this nigga to a clinic / My river is still sick, I’m not talking about a pandemic / I’m writing my own lyrics, a lot of these bitches’ gimmicks / You study the Nicki style, now you all want to imitate them.”

The couple donates part of the proceeds from the sale of the song and related goods to the Bail Project via Nicki Minaj’s Instagram post. “Part of #Trollz’s proceeds, including merchandise, go directly to The Bail Project Inc. [@bailproject]”The rapper wrote.” The fund offers free bail to low-income people who cannot afford to pay a security deposit while waiting for their trial. We want to protect and support the thousands of brave people who work on the frontline of social justice and call for an end to their voices so that police can target and kill black Americans. #Black lives count “

6ix9ine’s “Gooba” debuted at number two on Rolling StoneTop 100 song’s chart in late May. Meanwhile, Minaj achieved her first number one on the Billboard Hot 100 in May with her contribution to the remix of Doja Cat’s “Say So”.