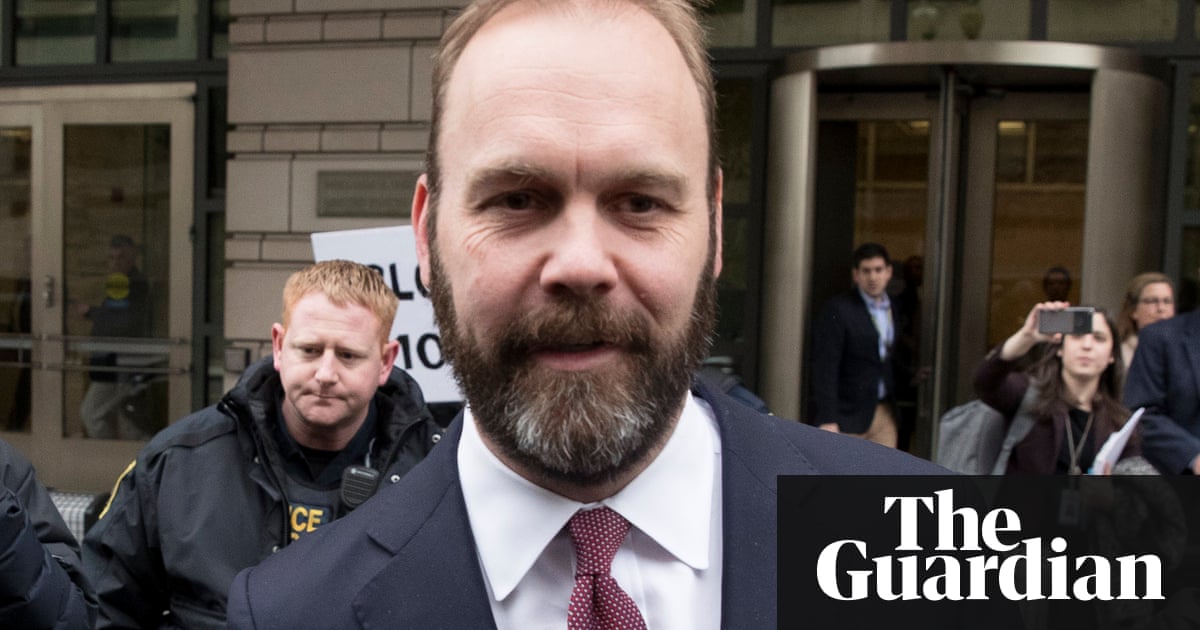 Hello – It's Warren Murray and despite the snow, this service is on schedule.

A series of charges against Paul Manafort employee Rick Gates have been dropped after him agreed to help prosecutors in Robert Mueller's Trump-Russia investigation. Almost two dozen criminal charges against Gates were withdrawn under an agreement that gave him leniency in exchange for his full cooperation. This puts pressure on Manafort ̵

1; Donald Trump's former campaign manager – to work with investigators or face Gates, who is beating him, and possibly a long prison term.

Meanwhile, Trump's son-in-law and adviser Jared Kushner has downgraded his highest security access – locking him out of sensitive news discussions. Kushner failed to announce dozens of contacts with foreign officials, including a December 2016 meeting with Sergey Kislyak, the then Russian ambassador to the US, and another with the head of a Russian state-owned bank sanctioned by the US ,

And the head of the National Security Agency, Mike Rogers, says Donald Trump has not given instructions to interfere with Russian interference in US politics. Rogers told Congress: "It is clear that what we did was not enough … I need a political decision that indicates there is a direction for it Accordance with a Defense Secretary's Recommendation. "

Quick Retrieval – It's the middle of the week: time to recapture developments in some of the larger stories (19659003)> We set our Beast of the East Live coverage continues as Met Office snow warnings persist from southeast England to Scotland. However, in the Arctic, scientists are concerned about the recent "crazy" high-temperature spikes and whether they are natural or caused by humans.

> Theresa May says she will not accept a Brexit agreement that threatens the "constitutional integrity" of the United Kingdom. Boris Johnson did not help the government by comparing the Irish border with London City toll zones.

> A dossier of 43 stories about harassment, abuse and sexual violence in the Labor Party was forwarded to Jeremy Corbyn. The Laboroooo group demands that the party reform as it deals with allegations of sexual misconduct.

Plastic no longer fantastic – You know, the war on plastic has reached an unstoppable momentum as … PG tips change their teabags. From next week, the pyramid bags will be made from vegetable material and all species will be biodegradable by the end of 2018. In the Netherlands, the Ekoplaza supermarket will open today, which is believed to be the world's first plastic-free walk. In Amsterdam, you can now do a channel tour to help you fish out plastic dumped in the city's famous waterways.

Whiff of politics – People who hate body odors, also tend to right-wing extremist authority views, has found a Swedish study. How much you hate axillary clouds could even be a very small indication of your support for Donald Trump, scientists say. (The briefing is inspired by this story to recall that Trump is a self-described "Germophobe.") Researchers think that the evolutionary reason could be the avoidance of unfamiliar environments and individuals that could carry disease.

The lonely bones – An international scandal over the desecration of shipwrecks from World War II off Indonesia has become a serious robbery. Metal separators have admitted that they found human bones when they cut the ships. Rumors among workers suggest that remains were thrown into rice bags and some buried in a local cemetery while others were thrown away. Britain and the Netherlands have called on the Indonesian government to find the bones and put things right.

And finally … The letter "n" was attacked in an internet censorship bolt in China, where authorities are trying to silence the criticism of President Xi Jinping bring to. The Communist Party has been stung by a backlash at home and abroad as it seeks to abolish the president's term restrictions – indeed, by setting Xi up for life. The search for words and phrases such as "shameless" and "personality cult" has been restricted, along with "Xi Zedong". Xi's agreement with Mao Zedong is an obvious goal, but why the modest 14th letter of the English alphabet? Beijing correspondent Tom Phillips looks at the theories.

Reading Noon: How to Train Your Lion

Britain's "last lion tamer" is about to end his livelihood as the government pledges to ban wild animals in English circuses. Thomas Chipperfield admits that he needs more than the argument of tradition to justify his work and answer the fierce criticism of animal rights activists. After all, "dogfight is also a British tradition".

"What I do is a good tradition," says Chipperfield. "Watching her at work and showing her intelligence and abilities promotes a much greater appreciation for her." The animals get a more stimulating, enriched environment than in a zoo, he claims. But why not work with horses and dogs instead of wild animals with complex needs? "We are very well able to meet these complex needs," he argues, "and this has been determined by a series of scientific studies on animal welfare in circuses." Read Patrick Barkham's article and see what you think.

Asian stocks are subdued trading after US declined The head of the US Federal Reserve, Jerome Powell, said, he is more optimistic about the economy – which means in the markets that more rate hikes are on the way.

On the fronts there is a number about the beast and a number about Brexit. And many use the same apocalyptic image of London, which is surrounded by a mega snow cloud.

The Daily Star belongs to "Snowmageddon", which has Express "Killer freezing worse" The Mirror calls it the "Rage of the Beast" and the Metro simply says "The Beast". The Guardian has this amazing picture, but leads to the news of a worrying temperature rise in the Arctic, which has triggered "climate meltdown fears".

Telegraph (which has a winter wonderland image) walks with Boris Johnson, who heightens the prospect of a hard border with Ireland. The Times (Southend Seaside Snowstorm image) follows the Irish theme, saying that Theresa May will warn Brussels not to use the border issue to break Britain. The i has the headline: "Tory Rebels threat showdown with May" and says as many as 15 conservatives could backtrack from their party over a hard Brexit. The Sun strangely ignores the weather and has a little headline about Elton John. No need to repeat it here. Finally, the FT with the comcast bid for Sky – which Rupert Murdoch has annoyed plans.

The Guardian Morning Briefing is delivered brightly and early to thousands of mailboxes each weekday. If you do not already receive it by e-mail, make sure you sign up.