Breaking News
Home / US / Weeks after taking over the newspaper in Alabama, where Klan was asked to ride again, the black editor resigns

Weeks after taking over the newspaper in Alabama, where Klan was asked to ride again, the black editor resigns 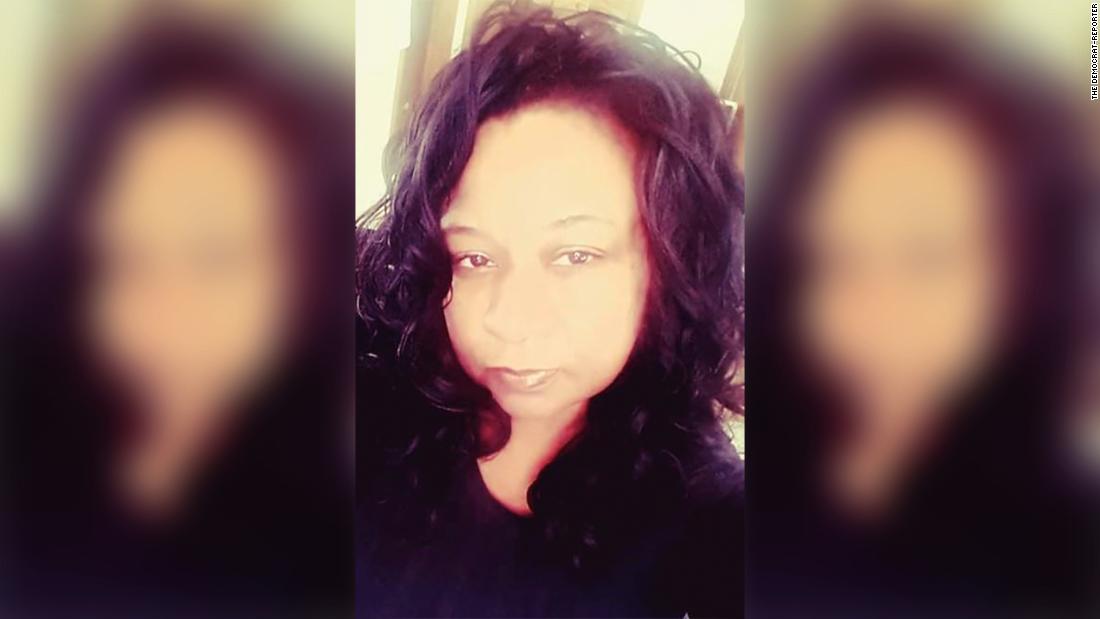 Elecia R. Dexter, who took over Linden's troubled democrat reporter last month, told CNN Saturday that she left the weekly on Monday for no longer working with owner and former publisher and publisher Goodloe Sutton could. He wrote a stunning editorial titled " The Klan Must Ride Again" in the February 14 issue.

Dexter said she had resigned "so that her integrity and well-being can be maintained."

"It's time for the Ku Klux Klan to go back to sleep," Sutton wrote. "Democrats in the Republican Party and Democrats plan to raise taxes in Alabama."

Sutton furthered the controversy and communicated to the Montgomery Advertiser that he urged the white supremacist group to "D.C." about lynchings. "We take the hemp ropes out, put them over a large limb and hang them all up," Sutton told the newspaper.

He emphasized that he did not demand the hangings of all Americans, but only the "socialist" communist.

"It seems the clan is welcome to plunder the gated communities up there," Sutton wrote in the editorial. 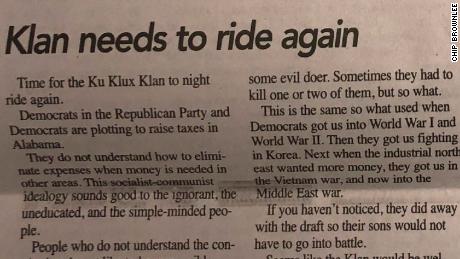 From the end of the 19th century, Klan members used night trips to black people and terrorizing their children with white allies, including lynchings and firebomb attacks.

Asked by the advertiser if he recognized the clan as a white supremacist group, Sutton compared it to the NAACP and said, "The clan was not violent, until he did not have to be.

Dexter Describes a Bizarre and Short-lived Tenure to the Newspaper

The rally was imminent: US Sen. Doug Jones, D-Alabama, and others demanded the resignation of Sutton.

The University of Southern Mississippi School of Communication said it removed Sutton, an alumnus, from her Hall of Fame for Mass Communication and Journalism, "in light of the recent and ongoing history of racist comments by Mr. Sutton." [19659003] Auburn University Journalism The Advisory Council has also withdrawn Sutton from the prestigious 2009 Community Journalism Award.

made Dexter abrupt last month promoted the newspaper in a "new direction". said the Democrat reporter. The newspaper described its new publisher and publisher as a "strategic leader with expertise in human resources, operations, and change management."

But less than a month later, Dexter is out. She described a bizarre and short-lived tenure at the head of the weekly, where she began as a clerk and took the first job despite journalistic experience.

Sutton sent a revised version of the February 28 issue to various media outlets, including a prominent story defending his clan editorial and attacking the Montgomery Advertiser reporter who interviewed him. Dexter said she had to issue a press release naming the subject a fake that was created without her permission.

Dexter also accused Sutton in a separate press release that she had intervened in the Thursday issue of the newspaper and said that this did not reflect her "views or thoughts". She said she had resigned and the newspaper was being sold.

"The decision to accept the role of publisher / publisher of The Democrat Reporter was an honor and I do not regret it," she wrote. "I am not discouraged, healing will come here to the wonderful and loving people."

The newspaper had denounced controversies before

West-Central Alabama. Sutton told USA Today in 2015 that the Democratic reporter's circulation, once more than 7,000, has dropped to around 3,000 subscribers.

The Klan piece is not the first controversial editorial on its pages.

In October 2017, the paper published an editorial on NFL players kneeling during the national anthem to protest against police brutality and racial injustice.

"Some of the newscasts make it hard for black football players to kneel in the stadium," the editorial said. "That's what black people were taught two hundred years ago, kneeling before a white man."

In April, the newspaper produced a political caricature that ridiculed Palestinians.

The CNNs Doug Criss and Tina Burnside contributed to this report.