Breaking News
Home / Entertainment / What Are the Marijuana Laws in Arizona?

What Are the Marijuana Laws in Arizona?

Even if marijuana is legal in Arizona, there are still lots of things you definitely need to find out and understand. Marijuana has always been a sensitive topic, more so that it’s now a law. Every now and then, lawmakers update the bills that have been passed to suit the status quo better.

To some, it can be pretty confusing because they never thought that marijuana and legal can be put in the same sentence. Luckily, we can easily break down that in this article. Is weed legal in Arizona in all aspects? Let’s find out. 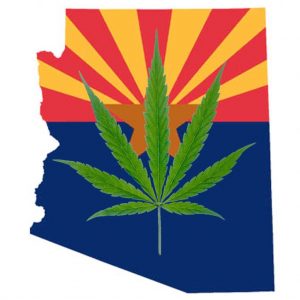 Difference between Recreational and Medical

Medical marijuana doesn’t give you that high because there’s a higher cannabidiol or CBD content. This is the component that’s responsible for the healing effects and won’t give you the 420 high.

On the other hand, recreational marijuana has a higher tetrahydrocannabinol or THC content which is responsible for the high that you feel whenever you consume such drug.

These two drugs are far different from each other and have different effects on the body. It’s quite understandable that only medical marijuana has been approved because there have already been lots of testimonies that support marijuana for its healing effects.

Getting it out of the way will help in educating people about their difference. The laws are pretty clear and medical marijuana is such a sensitive topic that nobody can afford to make any mistakes that will lead to imprisonment or big penalties.

It’s already been nine years since medical marijuana has been legalized in Arizona. Even today, people still get confused and some even suffer unfortunate consequences just because they didn’t know about this and that. Unfortunately, ignorance of the law really does not excuse anybody.

Here are a couple of laws you shouldn’t be confused about or even forget at all:

The future of recreational marijuana in this state is looking positive. Although, there have already been lots of failed attempts because of conflicts with the federal law and falling short by 3 percent in the 2016 proposition.

No need to worry though. With the public showing strong support for the complete legalization, it’s possible that recreational marijuana will be approved in the state sooner than you can think.

Those are just some of the common laws that people must never be confused about or forget. These laws can be pretty unforgiving, even for those innocent ones only caught during a bad timing. Whatever you do, don’t risk anything when it comes to marijuana. It’s understandable that things can be quite confusing but always aim to educate yourself about the different marijuana laws.