قالب وردپرس درنا توس
Breaking News
Home / World / When can a President use military force? The answer is complicated

When can a President use military force? The answer is complicated 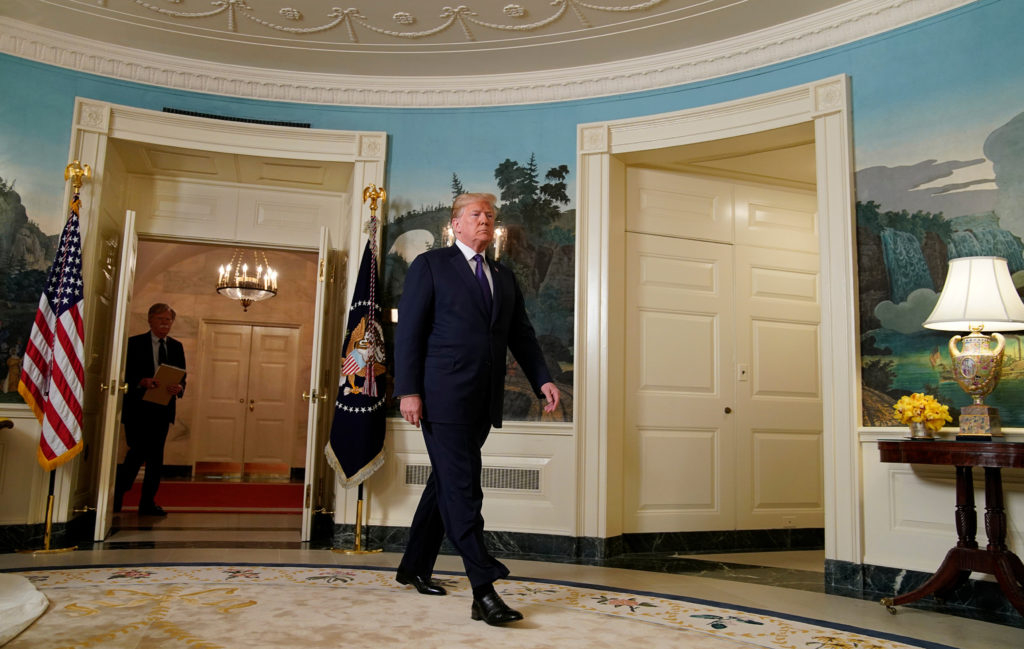 If the Trump presidency is a series of power balance tests, its use of military force in Syria could be among the most complicated. That's because the US-led airstrikes against Syria's chemical production facilities last week were not authorized by Congress, not in response to an immediate threat to US citizens and not from the United Nations, even though Britain and France were given the go-ahead involved in the operation. This raised a bigger question: what are the real and theoretical limits to the power of a president to use military force?

Here is a look at some guidelines and documents.

Constitution: The constitution provides conflicting guidelines as to when a president can use military force. Article I states: "Congress should have power … to declare war and … to found and support armies." But Article II states: "The President will be Commander-in-Chief of the United States Army and Navy. .. when he is appointed to the actual service of the United States states. "

Declarations of War: The United States was involved only in five officially declared wars. (1

9459004) Authorizations of military force: If the hostilities do not correspond to a formal declaration of war, Congress has forced the use of military forces to send troops into conflict. It is a long practice dating back to 1798, when President John Adams and the congress fought over how to fight French ships that attacked American traders (in this case, the Congress authorized an authorization for violence). Since then, Congress has passed around a dozen AUMFs, according to the Congressional Research Service. The last permits came in 2001 to fight terrorism and in 2002 to engage in Iraq.

The United States only participated in five officially declared wars.

The War Powers Act: As the opposition to the Vietnam War grew, the 1973 Congress passed a new law to limit the president's power to overthrow the military in armed armies conflict. The War Powers Act became law after Congress overshadowed President Richard Nixon's veto. It allows the President to use military force only with the consent of Congress or in response to a direct threat; calls on the President to notify Congress of hostilities within 48 hours of the intervention of the troops; and limits such actions, inter alia, to 60 days without the consent of the Congress.

The problem with the War Powers Act? Several presidents have practically ignored it or bent these rules, without consequences. In 1986, Ronald Reagan attacked places in Libya in retaliation for a bombing that injured Americans but did not have Congressional approval. In 1999, Bill Clinton launched airstrikes in Yugoslavia aimed at preventing genocide without providing adequate information to the Congress or consulting the legislature. In 2011, Barack Obama authorized military strikes in Libya, arguing that the War Powers Act was simply not applicable.

Where are we now? Sen. Chris Coons, D-Del., Told NewsHour on Monday that Trump's movements in Syria are "a gray area." The courts have not set a clear line; The Supreme Court refused to hear a case of Congressional members against Clinton on this issue. In general, without the approval of the congress, the presidents could take unilateral action. And Congress did not agree on how or when to challenge it.