White House reaches deal for the release of Andrew Brunson in Turkey: NBC

American pastor Andrew Craig Brunson (C), who has been charged with crimes, including espionage for the PKK terrorist group and the Fetullah Terrorist Organization, comes to the address he has put under house arrest for his health problems , in Izmir, Turkey on July 25, 2018. (Photo by Evren Atalay / Anadolu Agency / Getty Images)

The White House expects the Turkish government to release the imprisoned American pastor Andrew Brunson in the coming days after he was arrested Secret has reached deal, NBC News reported Thursday, citing two senior government officials and another person informed about the situation.

Erdogan told reporters this week when he was asked to Brunson that he would "obey whatever the judicial decision entailed."

The news of Brunson's potential release comes as Turkey and another US ally, Saudi Arabia, engage in a dispute over the disappearance of Saudi journalist Jamal Khashoggi, who has been in Istanbul since joining the Saudi Arabian consulate not seen this month.

A number of anonymous Turkish police sources have told domestic and international news agencies that the Turkish government believes that Khashoggi was assassinated by order of the Saudi government. 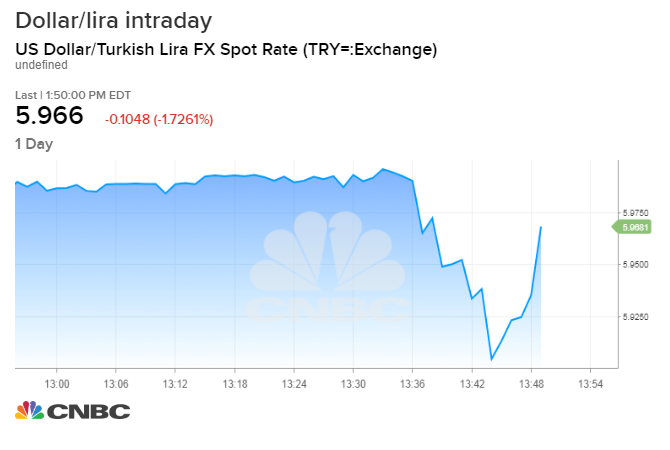 NBC reported that although the details of the deal were not immediately clear, it included a US commitment to withdraw economic pressure on Turkey. The US imposed sanctions against Turkey in the summer for the pastor's arrest.

The Turkish Lira rose more than 2 percent in the news to trade at $ 5.97 per dollar. The iShares MSCI Turkey ETF, which tracks the performance of Turkish equities, jumped more than 5 percent to its session high.

The White House did not respond immediately to CNBC's request for comment. There is some doubt within the administration about how critical the deal could be, NBC News reported. A senior official told the sales outlet that a few months ago Turkey was approaching a similar agreement.

The White House is expected to recommend everyone to wear masks