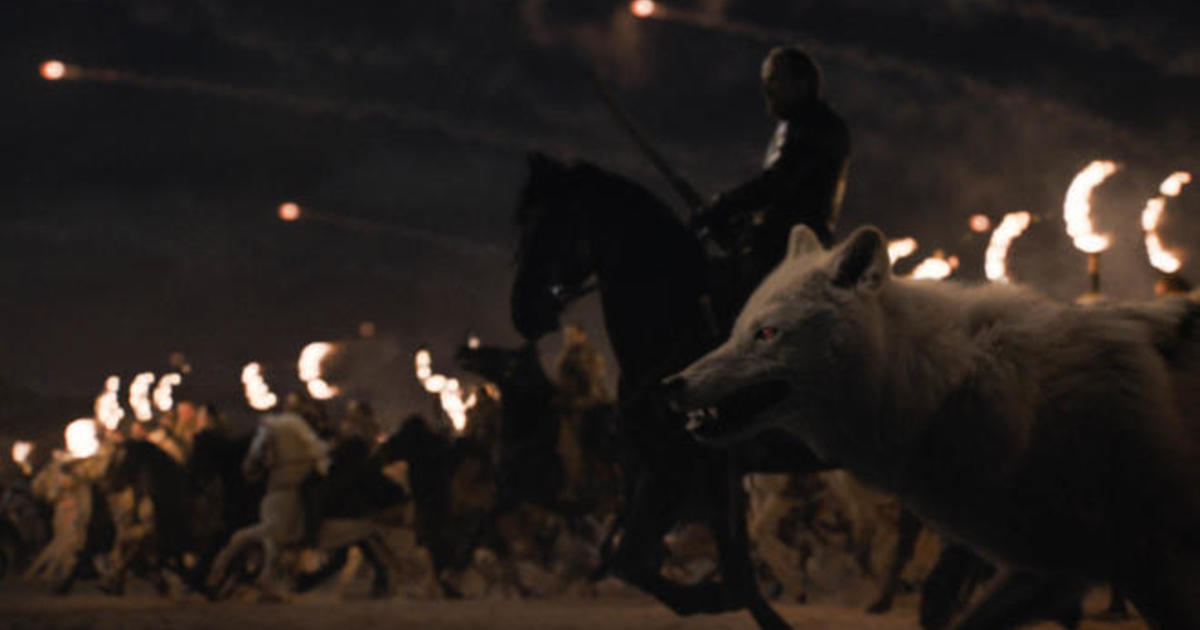 After years of anticipating the epic battle between the living and the dead on "Game of Thrones", fans are finally familiar with the fate of their favorite figures – and the dreaded Night King – after the hit drama episode from sunday. Two characters, however, were strikingly absent in the scenes after the battle: Jon Snow's Direwolf Ghost and one of the two remaining dragons, Drogon and Rhaegal of Daenerys Targaryen.

The third episode of Episode Eight, "The Longest Night," shows Ghost at the beginning of the Battle of Winterfell standing at the front next to the longtime advisor and friend of Daenerys Jorah Mormont and the Dothraki Army. The army was the first to fight against the White Walkers and the Wights and run into the darkness with weapons. However, when the flames were extinguished and some surviving soldiers ran back for fear of Winterfell, Ghost seemed to have been lost forever.

Daenery's two surviving dragons with the Undead Viserion, who had been lost to the Nightking's army, were seen fighting in battle many times. The dragons fought Viserion above the clouds and lit many of the lights as they stormed Winterfell – and Drogon even tried unsuccessfully to burn the Night King with his fire breath. While one dragon surrounds Daenerys mourning Jorah's tragic death, the other is nowhere to be seen at the end of the episode .

Did they make it alive? Well, the fans do not have to wait until the next episode for the answer, because the new preview seems to have given away.

HBO played the preview for the fourth episode after the credits were rolled, and some familiar faces make quick appearances in the clips. At the 18th second of the 40-second teaser, Daenerys and a group of victorious soldiers outside Winterfell appear with some torches. Ghost also seems to be in the shot and is in the crowd. Then, 22 seconds after the clip, a pair of kites fly in front of Sansa Stark as she looks out from Winterfell's turrets.

It seems that the pet's favorite animals have survived the bloody battle, but they may not be safe for long. "The last war" against Cersei and her followers is still pending.

See the full trailer below