Why a volcanic eruption in 1816 caused a "year without summer" 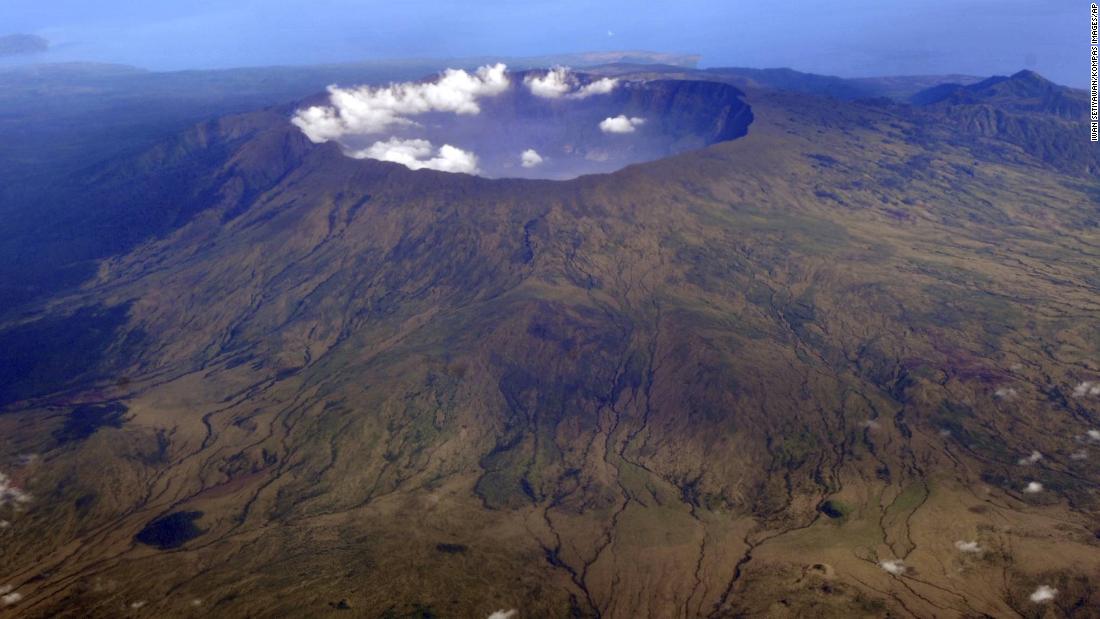 In April 1815, Mount Tambora exploded in a massive eruption, killing tens of thousands of people on the Indonesian island of Sumbawa. The following year became known as the "Year Without a Summer," when unusually cold, humid conditions prevailed in Europe and North America.

Since 1913, researchers have suggested that the two events are related. Now a new study shows that the cold summer temperatures of 1816 would not have been possible without the volcanic eruption. The study was published Tuesday in the journal Environmental Research Letters.

The immediate effects of the volcano led to mass destruction. The eruption, the streams that came from it, and the tsunamis that followed, destroyed homes and claimed 1

0,000 lives. Another 80,000 would die from diseases that subsequently spread.

"The eruption of Mount Tambora in April 1815 was one of the most explosive of the last millennium," said Andrew Schurer, senior study author and research associate at the University of Edinburgh School of Earth Sciences. "It had a huge impact on the ground and devastated the island of Sumbawa."

The enormous amount of material expelled from the volcano added to the global effects that followed.

"The eruption injected a large amount of sulfur dioxide into the stratosphere, which quickly spread around the world and oxidized to sulphate aerosols, "Schurer said. "These volcanic aerosols reduce short-wave net radiation and cause widespread, prolonged surface cooling, as well as decreasing global precipitation while wetting some dry regions and causing dynamic changes in the large-scale ocean and atmosphere circulation." [19659004] The global temperature dropped between one and three degrees Celsius. According to the study, it was the coldest year for at least 250 years. Each season had temperature anomalies, but summer was the most dramatic change, with the coldest average summer temperature for Europe between 1766 and 2000 measured.

In the summer of 1816, cold, humid conditions in Central and Western Europe and even in North America led to crop failures, the death of livestock and famine. New England saw snow and "kill frost". Cloud cover kept the sky cloudy. It was called the "last great subsistence crisis in the Western world".
Earlier research has even revealed that the heavy clouds and precipitation of the eruption three months later in Belgium contributed to Napoleon's defeat at Waterloo.

Schurer and his colleagues used early data and climate models to determine the effect of the volcanic eruption. They compared the data with other years with similar print patterns at sea level.

In similar years, precipitation was comparable but not the cold. When the volcano was introduced into the scenario called volcanic propulsion, the scientists were able to recreate the summer of 1816.

"The inclusion of volcanic activity in climate models can explain the cooling off, and we estimate that this the probability of extremely cold temperatures increased by 100 times, "said Schurer. "There is strong evidence in the model simulations that the volcanic eruption increases the likelihood of such a wet summer across Central Europe by 1.5 to 3 times, and without volcanic propulsion it is less likely to have been so wet and highly unlikely was so cold. "

Agricultural failure was widespread during this time, and food prices rose. This also increased the price of oats for horses, which according to the National Center for Atmospheric Research were the main source of transport at that time. This was considered an inspiration for the invention of the bicycle by Karl Drais in 1817.

The summer or its absence in 1816 also inspired something else: Gothic Tales.

Lord Byron, Claire Clairmont, dr. John William Polidori, Percy Shelley and Mary Godwin (before she married Shelley) lived in a villa overlooking Lake Geneva in Switzerland. But the weather in her idyllic place was bleak.

During one of their discussions, Byron suggested that each member of the troubled group write a ghost story for sharing. Within weeks Godwin had written "Frankenstein", Byron wrote his poem "Darkness" and Polidori wrote his short story "The Vampyre".

Place and explore the universe without leaving your home

Mass extinction 360 m years ago due to ozone layer erosion