Why Silicon Valley has two opinions about Mars 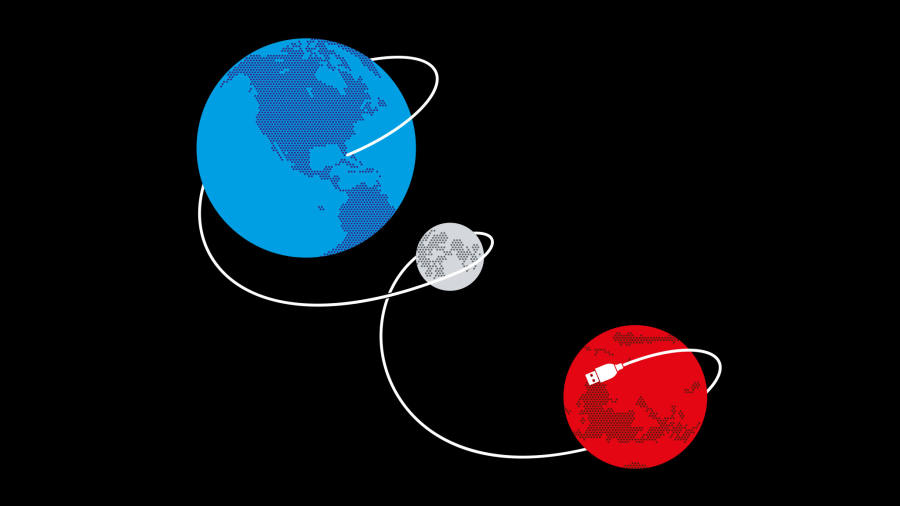 At a recent early-stage startup dinner, the founder leaned conspiratorially to my left to share what he described as his brilliantly disruptive idea for space travel.

If Stephen Hawking was right about climate change, then everyone on Earth will soon have to move to a new planet, right? Probably Mars. But before that happens, we have to send some colonizers to set up everything. So how about all those people who lose their jobs in the wake of the AI ​​revolution – why not send them?

People in San Francisco desperately talk about unbearable tech brothers, and it was interesting to meet someone in the flesh. But apart from the fact that I was inhumane and impossible to realize, this idea seemed unnecessary to me.

Why force someone to Mars when so many people are ready to volunteer?

I do not mean it that way. I do not like to fly here on earth, so I'm not interested in interplanetary adventures. A risky journey to a cold, hostile and empty planet, lacking real-time communication with the homeland? No thanks.

3, 200,000 applications were received. At the Mars Desert Research Station in Utah, which simulates life on the red planet, the crews pay for voluntary shift work. SpaceX founder Elon Musk said he wants to live his age on Mars.

This is especially brave, considering how difficult it will be to get there. NASA estimates that the trip will take about nine months. Earlier this month, a prototype of the next generation SpaceX spacecraft rocket caught fire within minutes of the engine firing.

When you reach Mars, you will be confronted with a planet whose atmosphere is much thinner than Earth's, and parachutes will be hard to open. This makes landing difficult as parachutes slow the probes near the surface less effectively.

Perhaps these risks are the reason why the public interest in Mars seems to be growing and disappearing. A recent survey by the Pew Research Center found that less than one in five believes that sending people to Mars should be a priority for NASA. When scientists discovered evidence of a subglacial lake there last year – the best possible place to look for life on the planet – this attracted little attention.

In the Silicon Valley, this is also true for the ebb and flow. NewSpace Global, which tracks companies wishing to market space, reports that the region has nearly 1,000 start-ups. One of them, RedWorks of California, believes that the chances of reaching Mars in the near future are so high that he is working on a 3D printing system that uses Mars Earth to build buildings.

The best-known companies involved are Musk's SpaceX and Jeff Bezos's Blue Origin, but last year both men seemed to focus on something else – Musk on Tesla Electric Cars and Neuralink for Brain Machine interfaces, Bezos in the establishment of Amazon as (short) most valuable stock company in the US US.

Now that we celebrate the 50th anniversary of the first moon landing, the cycle seems to be turning again. Harvard research has suggested a new way of terraforming Mars using silica airgel blankets to heat the surface, melt ice, and block UV radiation. NASA will launch its Mars 2020 rover next July. It is believed that humans could be on Mars in the 2030s. The ever optimistic musk expects just five years.

Whether we should do that is still open. Bring people to Mars and their microbes go too. If we manage to make Mars habitable for ourselves, there is a good chance that we will make it uninhabitable for anything that may already be there.

There is also an argument that we should first look at the planet we live on. As Andrew Smith wrote in his recently updated book, Moondust: Seeking the Man Falling to Earth even the 12 astronauts who ran on the moon had trouble articulating the meaning of the missions ,

was cut. The cost and risk of a new expedition to Mars also leaves governments with the same accusation that they prefer to be recklessly extravagant at home to solve more problems with the Quotidian. Elaine Moore is deputy editor of the FT FT Lex column.

Follow @FTMag on Twitter to learn about our latest stories first. Listen to and subscribe to Everything Else, the FT-Culture podcast, at ft.com/everything-selse or in Apple Podcasts