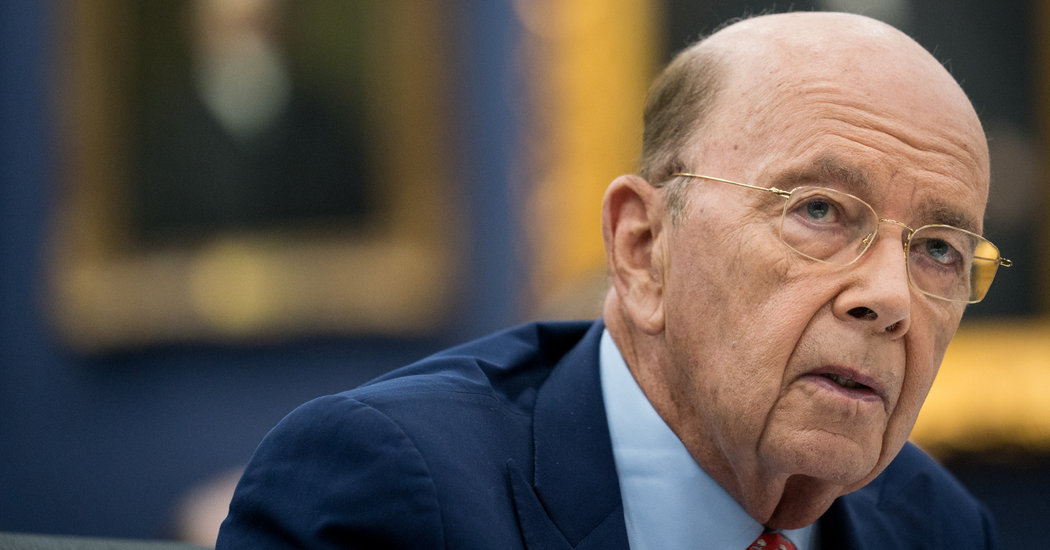 Immigrant and suffrage groups claim that the addition of the issue is intended to discourage immigrants, especially Hispanics, from enrolling in the census. The ten-year census, which is overseen by the Department of Commerce, is used to determine electoral boundaries as well as a variety of government programs and benefits.

The lawsuit, which questions the addition of the question, was filed by New York and other states to localities and interest groups. They argue that the question of citizenship would "fatally undermine" the accuracy of the census, as both legal and undocumented immigrants may refuse to participate. On March 20, Mr. Ross told the House Commissions Commerce, Justice, Science, and Subcommittees for Affiliated Agencies that the insertion of the question was "exclusively" initiated by Justice Department officials without the involvement of White House officials.

"Did the President or anyone in the White House talk to you or anyone in your team about adding the citizenship question?" Asked Grace Meng, Democrat of New York.

"I'm not aware of that," Mr. Ross testified.

There are discrepancies in his report on the drafting of the Englisch: www.mjfriendship.de/en/index.php?op…95&Itemid=55 The question "I questioned the credibility of Secretary Ross," wrote Judge Jesse M. Furman from the Federal District Court in Manhattan last month, when he ordered the deposition to continue 2] Judge Furman found out that Mr. Ross probably knew the most important facts first-hand. In fact, he said, three of his aides testified that only Mr. Ross could answer certain questions.

On Tuesday, the US Court of Appeals for the second circle agreed that Mr. Ross could be removed in the case by rejecting the Justice Department's argument that his reasons for adding the question were irrelevant. The court admitted that statements by senior officials are rare. But it said that there are exceptions, especially if the officials have knowledge that is not available elsewhere.

Later Tuesday, Judge Ruth Bader Ginsburg granted a temporary suspension of statements by Mr. Ross and John Gore, a Justice Department official. It is expected that the Supreme Court will soon decide whether the appeals should continue.