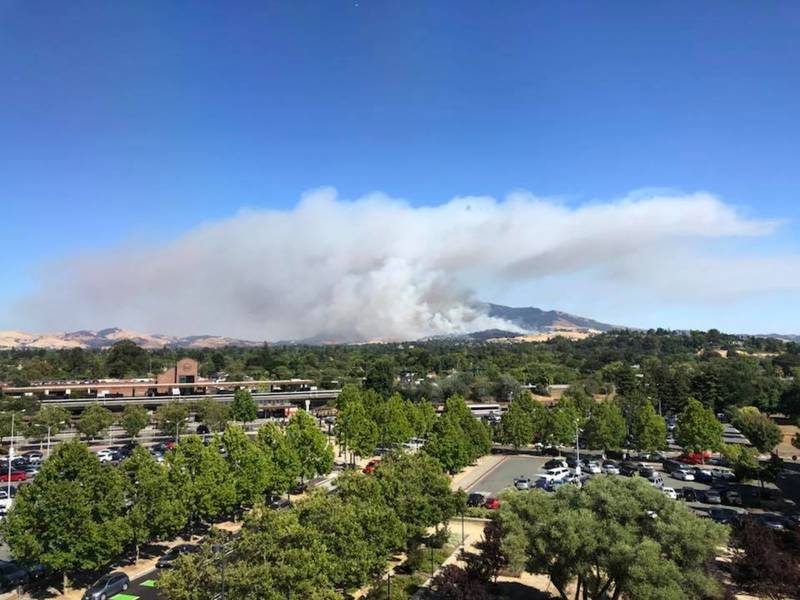 CONTRA COSTA COUNTY, CA – A grass fire at Lime Ridge Open Space on Ygnacio Valley Road in Contra Costa County burned 368 acres Friday, reports CalFire. It burned to Crystyl Ranch Drive, where it was stopped. The entire Crystyl Ranch department was evacuated as a precaution, along with the homes in Montecito. However, no houses were lost and no injuries were reported.

At 10:10 pm, the Concord Police Department announced that all evacuation orders had been lifted and all roads reopened.

On the back of the fire department, firefighters were stationed Montecito Drive and successfully defended the houses. Mutual help was required and firefighters from several agencies fought the flames. CalFire provided air support with multiple air tankers and helicopters fighting the flames from the air. CalFire also introduced bulldozers.

Residents of the neighborhoods that were rescued were effusive in their praise for firefighters.

Both local residents and a fire department spokesman praised the Montecito district for clearing a ceasefire that provides defensible space for firefighters.

An evacuation center has been set up at Center Concord, a community center at 5298 Clayton Rd, Concord, 94521

At one point, smoke could be seen by many of the East Bay.

Get it The Walnut Creek Newsletter