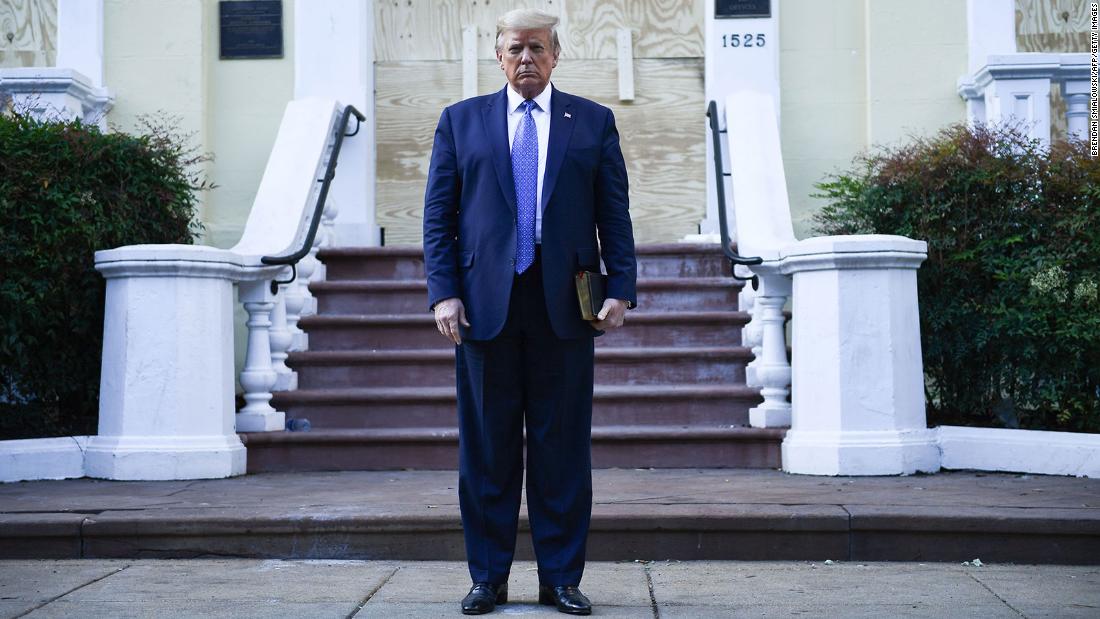 Barr and other senior officials responsible for securing the White House had previously planned to move to a larger area around Lafayette Square, a federally owned green space north of the building, in response to Sunday evening fires and demolitions .

This plan, which was worked out earlier on Monday, would have cleared the area that would later be used for the President’s walk to nearby St. John’s Episcopal Church for a photo op at 4 p.m. ET, the official said.

But it never happened. When Barr arrived in Lafayette Square shortly after 6 p.m. In a scene that was shot with news cameras and elicited interruptions from the large, peaceful crowd, the attorney general saw that the area had not been emptied and asked the police to vacate the area, the official said.

According to the official, if law enforcement officials met with resistance from protesters, crowd control measures should be implemented, Barr said.

Barr had been told that police believed demonstrators were collecting stones to throw at law enforcement officers and that while he was in the park, water bottles were thrown in his direction, the official said. CNN saw no water bottles thrown at the attorney general. Camera footage shows him standing for a few minutes and watching the crowd, flanked by a security detail and two senior department officials.

Shortly before 6:24 pm, the police sent their first warning to the crowd to distance themselves. A CNN correspondent reporting from the roof of a nearby hotel heard three warnings over the next 10 minutes as the authorities got closer to the crowd.

At 6:35 p.m., the authorities began attacking the crowd in step with shields raised. Some used their batons to beat the demonstrators when gas canisters were used.