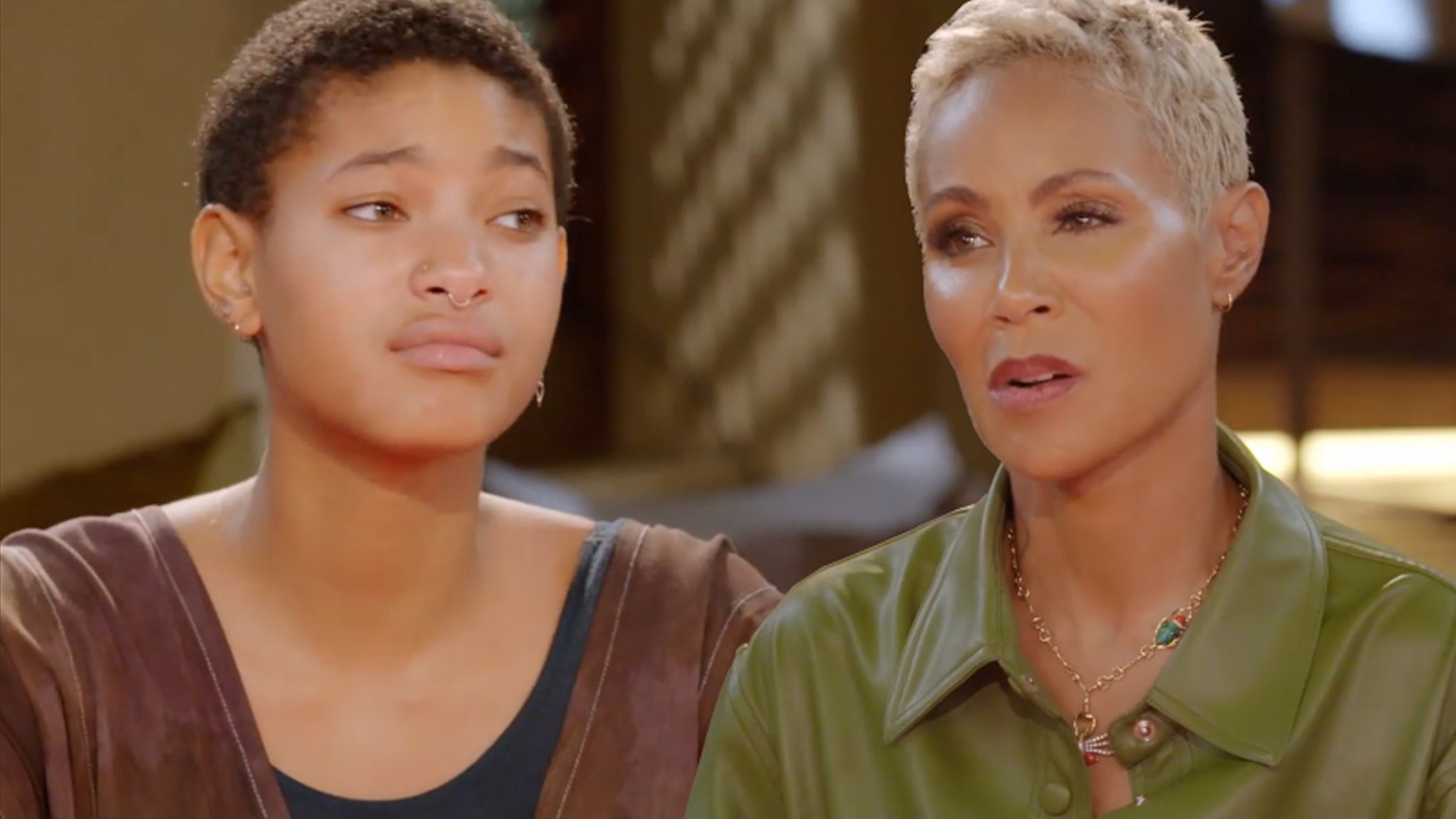 Willow responds to the bomb interview for the first time.

A new episode of “Red Table Talk” was released on Monday with Jada, Willow Smith and Adrienne Banfield-Jones talking to guest / writer Brené Brown about vulnerability.

Brown called vulnerability “the birthplace of courage” and praised women for bringing it to the red table every week. “They don’t know how the conversations will go,” she said, celebrating for taking risks and exposing themselves emotionally.

“Hell yeah. I’m telling you Brené, we’re definitely trying to practice some vulnerability here,” Jada said before all of the women shared when they felt most exposed on the show.

“For me it would be the last RTT we did,” Jada explained before a clip from the Alsina episode was shown. “Full explosion of mistakes and feelings and just the total collapse of a mask.”

Gam gave her daughter props for showing “so much courage” in the episode, as Willow added, “I’m so proud of you.”

“Seeing you and Dad do this to me was like, okay, this is real. This is real love,” she said. “If you can be like that, I’ll be with you, I’ll stand by you and I’ll hold your hand because I love you. This is what we do and it’s really important.”

During the July episode, Jada initially called her time with Alsina an “entanglement” before confirming it was a relationship – one that happened when she and her husband Will Smith were on hiatus and nearing a divorce stood.

What Jada Pinkett Smith and Will Smith have said about swinging, open marriage in the past

For Willow, she felt most vulnerable when she found out about self-harm on the show. In 2018, Smith said after the success of “Whip My Hair” she started cutting her wrist – to adjust her “physical condition” to the “emotional pain” she was going through at the time.

“When I look back, I feel even stronger because so many people approached me or talked to me and said, ‘Wow, that really helped me,'” she said.

Further glimpses of Willow’s upbringing came as all women talked about shame and how it affects both the victim and the person inflicting it on others.

“I really tried to educate Willow especially, not to shame her social development, you know, to raise a young woman and what a young woman goes through, but fail to realize how damaging it is to use shame as an educational tool “said Jada.

“It’s okay, I forgive you,” Willow said when her mother asked for an example when she was ashamed.

“When I was younger I just got super emotional and I still get super emotional now, but you would look at me and you would just say, ‘Yeah, you can cry but feel free to go to your room and do it over there” she explained. “As if you pushed me away to cry was like, ‘I’m a bad person to cry.'”

“I’ve had a lot of those moments thinking, ‘Oh no, no, no … we’re not going to do that,'” Jada admitted before saying that shame comes from her own inability, with my own tears to deal with. “”

Check out the full episode below:

Waiting for your permission to load the Facebook video.

Matthew McConaughey shares his confidence in Hollywood on the podcast