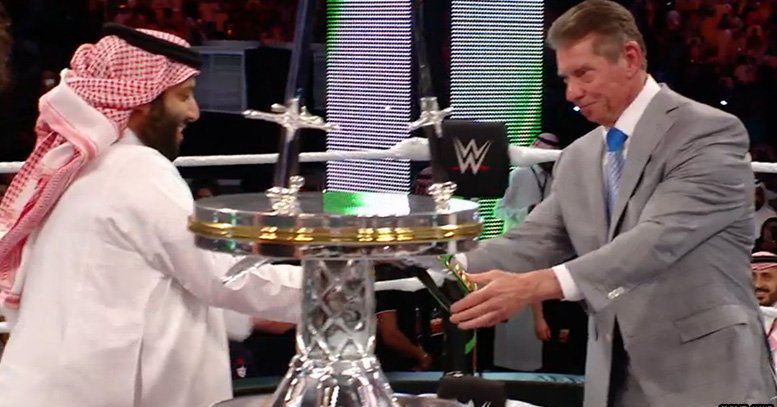 With reports, rumors, and speculation, WWE is working to stem the story of their latest show in Saudi Arabia, the crown jewel of of October 31 .

After Friday's news that most of the wrestlers and crew members involved in the event were being held in Riyadh, talks on travel issues followed on instructions from the Saudi government. Then we heard allegations of a disagreement between Vince McMahon and a member or members of the royal family allegedly owed over funds from the ten-year treaty between the kingdom and WWE last year. The story goes that the financial dispute has led McMahon to delay the broadcast's local broadcast, and the social media activity confirms that there was a problem with the Crown Jewel broadcast in the region has been.

KSA was in default of payment for past events as the lucrative contract was not thoroughly investigated by investors in last week's conference call and discussed SEC filing for the quarter on the call, The cash flow from operating activities is partially due to " the time of pickup related to our Super ShowDown event in the second quarter of 2019."

Despite a statement by the charter company confirming WWE's report that a mechanical problem with the aircraft was the cause of the delay, the chatter did not cease. A WWE spokesman spoke with Forbes – Alfred Konuwa:

"WWE grabbed a statement and quickly dismissed these allegations and confirmed its close relationship with its Saudi partners. WWE informs me that the feed issues have nothing to do with payment issues. They reiterated that mechanical problems were a cause of the flight delay, and Atlas Air, the charter company, also apologized in this regard.

Does that end the conversation? We advise no, but we will find out.