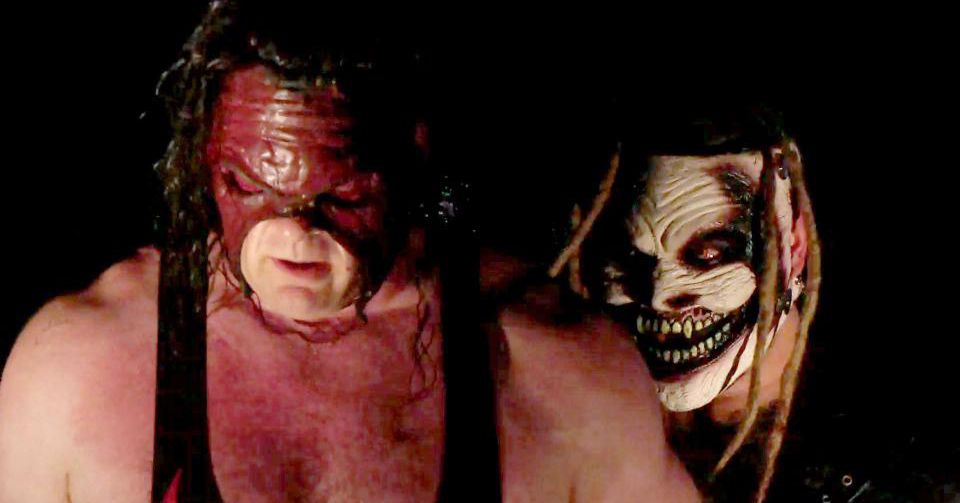 Bray Wyatt stole the show again. What a shock.

Rollins wanted to get us started, where he covered the PPV like a good little baby face. And when he came to Wyatt's interference with Clash of Champions, Wyatt appeared and grinned innocently at the Firefly Fun House.

And what Wyatt said was really intriguing to me. He seemed to give us a motive to aspire to Rollins. Rollins has done terrible things in the past. He betrayed the shield, turned his back on the crowd, followed Triple H's orders … and yet Rollins was forgiven for his actions. He was able to essentially repent and gain forgiveness from the people.

Wyatt on the other hand? He is in this purgatory-like place and suffers from the voices in his head and whatever the devil is doing to him.

And think back to the first episode of Fun House. Wyatt immediately apologized for his earlier actions … and yet there is no forgiveness for him, right? There is no peace. And that's why Wyatt can not let Rollins go unpunished. After all, misery enjoys society.

Rollins & # 39; using the pedigree was a really good lookahead. It reminded us of his past and he will pay for these sins.

Fast forward to the end of the show and that's exactly what happened. A pile of heels gathered around Rollins until Kane came out to save. You know, the Kane who helped Rollins when he was the puppet of the agency.

And just at that time the fiend struck. Wyatt easily defeated Kane before crawling to Rollins, who was trembling in the corner of the ring. Rollins had his eyes closed as Wyatt laughed to finish the show.

Wyatt literally can not go wrong anymore. It's incredible.

I was impressed by Baron Corbin during the entire final round of the King of the Ring. He was great in his role and really helped Chad Gable get the cheers he deserved in the end. This match was the highlight of the night in terms of wrestling. They had the time for a longer match, the cool light for the match launch and all that. They deserve it, too.

Therefore, I am not necessarily angry that Corbin has won. I just resigned myself to the fact that I'll probably hate what's coming.

Corbin has always been an arrogant character and one who picks the smaller types to get where he wants to go … except that he has always been short-lived in the past. He was as unbearable towards the end as Constable, that the McMahons basically threw him under the bus in this segment "Hey, we'll get better" long ago.

And look at him now. Nothing has changed. He is the same guy with the same attitude, except that he has a shiny crown to underpin his bullshit.

I'm glad he won on a certain level. Corbin has been a really solid talent for WWE and has made great progress in using it in the past. He has earned an award to adapt his service to the business.

But if he goes the way I suppose he goes, I'll hate him.

You have your anti-bullying campaign, right? This campaign aims to help children get along with each other. Your programming is also meant for children, which means that you have a responsibility to have any value.

That brings me to this Kanellis crap. What do you want anyway?

Maria had a party announcing that her baby would be a boy. She also said that the child is actually ricochet, causing the poor guy to stutter and denying it in vain. Mike beat him and challenged him to a match that Richochet won.

Ricochet's share of it did not bother me at all. He was charmingly awkward and tried to be the cool head in all of this. The problems were that Titus O'Neil and the Street Profits spurred him on and made silly jokes at Maria's expense.

It's just gross, man. If you talk about such women, stop. Please . And then, of all people, Rusev was unmasked when his father and Mike turned to look for the guy who was trying to get out of a fight. And then Graves dropped the "cuck" line, which is as trashy as it gets.

Do you know why I do not tell people in my daily life that I see wrestling, WWE? These. I'm embarrassed that I have to go over this crap again.

Sasha Banks and Bayley defeat. Nikki Cross and Alexa Bliss – It's interesting how they booked this game. I would assume that WWE did not want the heels to win cleanly over the tag champions, so Bayley showed off her evil side by shattering Bliss's leg. She was pushed into the background to make this essentially a handicap match.

The story here is that Becky Lynch, when Banks prepared to smash Cross with a chair after the match, brought out her own chair to make the match save. Soon enough, all four riders with chairs were outside. Look at the drawn battle line.

The OK def. Cedric Alexander, The Viking Raiders – That was a fun opening game, but that's fast becoming a trend, is not it? Alexander is the opening act. This seems to indicate that WWE trusts him to open shows on a high note.

I only wish it would turn into some victories.

Rey defeated Mysterio. Cesaro – Another redemption game by Rey Mysterio. I like who they choose for these fights, and I like the fact that it's a simple story we can look forward to each week. We know that we'll get a fun, moderate Mysterio match on Mondays. That's solid.

Brown Strowman sends the tag teams in a hurry – he's bitter about losing one more Universal Championship match and getting it out of The Revival, Dolph Ziggler and Robert Roode. It was just the way it was.

Kane Wins, Losing the 24/7 Championship – I did not like that, mainly because I live in Memphis and hate the University of Tennessee. Get the Neyland Stadium and that bright orange from my TV.

I'm obviously kidding. That was fine for what it was.

Lacey Evans def. Dana Brooke – These two fought a match just before the main event. Evans won with the Sharpshooter and I think she and Natalya are arguing.

I think I have to start harder with my grading.

This episode was mostly fine. Of course I'm all in Wyatt, but I have no emotional attachment to Rollins. Banks Vs. Lynch in the Cell should rock, but beyond? Everything feels the same.

Without Wyatt, this grade would be lower. Too hard, Cageside?