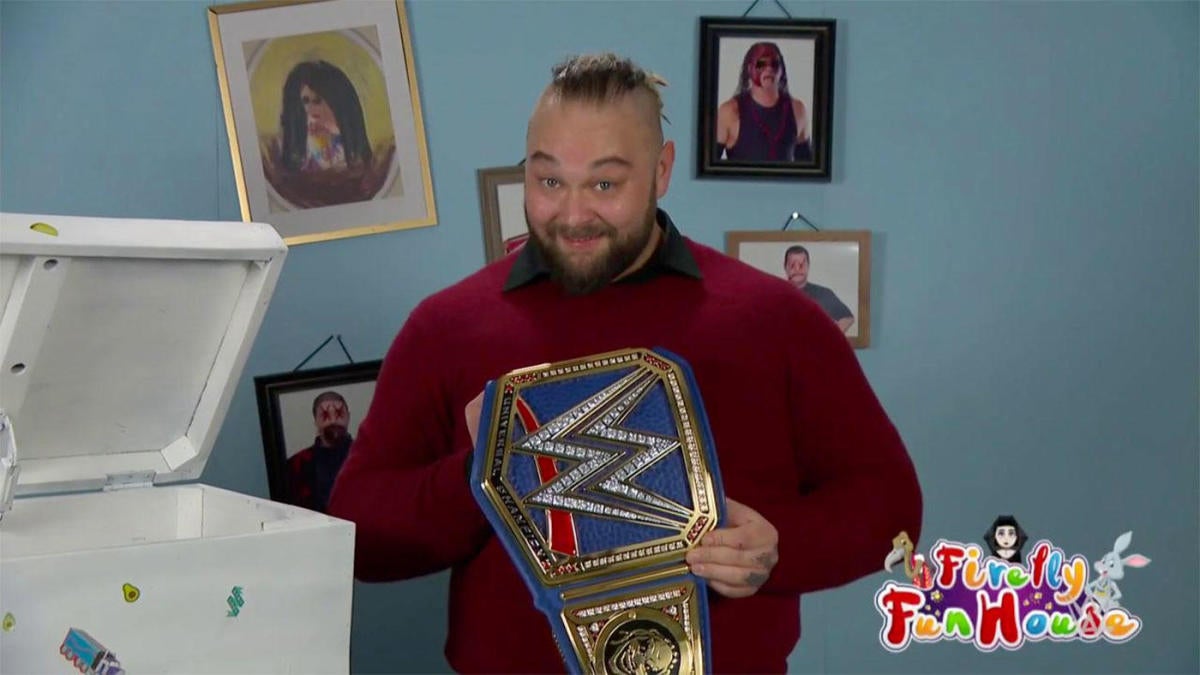 With just over a week to the Survivor Series, the build for one of WWE's biggest pay-per-views of the year on Friday night was on SmackDown with an NXT invasion, a build of some Survivor Series teams and the announcement of one Key continued title fight for the World Cup. Although WWE had the opportunity to deliver an interesting program, WWE somehow completely failed.

From a somewhat crazy story with Daniel Bryan and "The Fiend" Bray Wyatt to the urge of WWE to have Baron Corbin on the silver screen for the entire period of the show, nothing on Friday night felt really important or monumental at. The two NXT invasion segments were nearly identical, which meant that only a few legitimate matches took place during the two-hour show.

What happened on Friday night? Continue reading to get SmackDown results, analysis and scores.

Opposite the stage, Bryan refused to join Sami Zayn's back when "The Fiend" Bray Wyatt attacked him last week. He suggested that Zayn and Shinsuke Nakamura recruit Braun Strowman instead, but Zayn and Nakamura inadvertently insulted an angry Strowman standing behind them. This happened after Strowman removed the B team earlier in the series.

Later on MizTV, Bryan was speechless when The Miz asked him why Bryan believes The Fiend attacked him last week. Miz came to his own conclusion: Bryan is no longer in control of himself and The Fiend believes he can finally end a stranded Bryan. Bryan said he initially did not respond because "MizTV sucks and MizTV has always sucked." He also said that Miz was right that he is struggling with his identity and may be stranded, but his passion still exists. "They do not understand ̵

1; they do not understand – the passion associated with mental instability," Bryan said, claiming it was what drove him to end the yes! Movement, "Kick a man in the balls" to win the WWE title and become the "New Daniel Bryan". Bryan said he believes The Fiend is just like him and understands mental instability.

This led Firefly FunHouse and Wyatt to conclude that he never forgot what Bryan did to him. Wyatt rustled around in a toy box to find his [new, blue] World Cup . He said Bryan just had to say the only magic word ("yes") to have a chance. Bryan declined and repeatedly said "no" when the Firefly FunHouse characters answered him "yes." Bryan said he was "no puppet" and would not be manipulated; If Wyatt wanted to fight, he could risk the title. Wyatt began to sing "yes," as Bryan had done earlier … at first cheerful and happy, but then quickly angry and manic and screamed out loud. Miz then announced that the match was on.

To put it simply, that was sloppy. Wyatt and Bryan are great at being left to their own devices, but Bryan refused to accept a title match, just to face the same challenge Wyatt had to make, it made no sense. Miz's involvement in telling the story was utterly unnecessary, turning what could have been a serious, interesting segment with the potential for a fiend attack into a boring, formulaic script-controlled back and forth. Bryan needs no help when he passes the microphone. In a Wyatt-Bryan feud with a natural background story, Miz does not need to be pasted to support it. I tried to give that the benefit of the doubt, because parts of the FunHouse were good and Wyatt with his "Yes!" Fantastic was. Singing. The show should have ended there. Instead, there was an unpleasant re-insertion of Miz to … make the game official? It was a shame. That could have been unforgettable. Instead, it was memorable Grade: C

What else happened at SmackDown?

Ali & Shorty G def. Robert Roode & Dolph Ziggler stay in Team SmackDown via Pinfall: After King Corbin, Roode and Ziggler made a promo before the match, Corbin got a mascot "Big Dog" for a modified version of Roman Reigns & # 39; Subject with barking imagined dog, the game began. When Corbin wanted to get involved, Reigns came from the backstage area to balance the pages. The match ended when Corbin was defeated by Reigns on the ring with a spear, while Shorty met G Roode with a rolling German suplex and Ali fired a 450-shot for the 1-2-3. The opening segment was not great, but it triggered a giggle from me. The match was an opportunity for Chad Gable to demonstrate his skill, which he did on several occasions. But while the goal was exciting, there's nothing here to write home about. I liked the opening segment more than most, and the changed theme of Reigns was hysterical. Grade: C +

SmackDown Tag Team Championship – New Day (c) Vs. New Day, who was a rematch after the title change last week, seemed to have the advantage until Revival caught a flying Kofi Kingston and threw him into the ring post. Then they threw Big E back into the commentary table before pushing Shatter Machine onto him, which looked like a 1-2-3, but a flying Kingston stopped the pinning attempt. Suddenly, Undisputed Era hit the ring and defeated both teams. The locker room of SmackDown was cleared to evict the attackers. A solid match and a clever attack by UE, which turned out to be a big deal when they defeated two of WWE's biggest tag teams. Grade: B

Heavy machinery def. Improvement talent by Pinfall with the Compactor.

Defeat Sasha Banks, Nikki Cross, Carmella & Dana Brooke. Rhea Ripley, Mia Yim, Teagen Nox and Dakota Kai on Pinfall: Banks and Bayley chatted behind the scenes about the Survivor Series. A match between Bayley and Cross quickly came to an end when Shayna Baszler and other NXT women invaded and started a team match with eight women. Every woman has with Banks Vs. Ripley denied the best match. Cross hit Kai with The Purge for the win and Fire & Desire hit the ring to save their SmackDown cohorts after the NXT Women had attacked Cross after the Pinfall. Note: C-