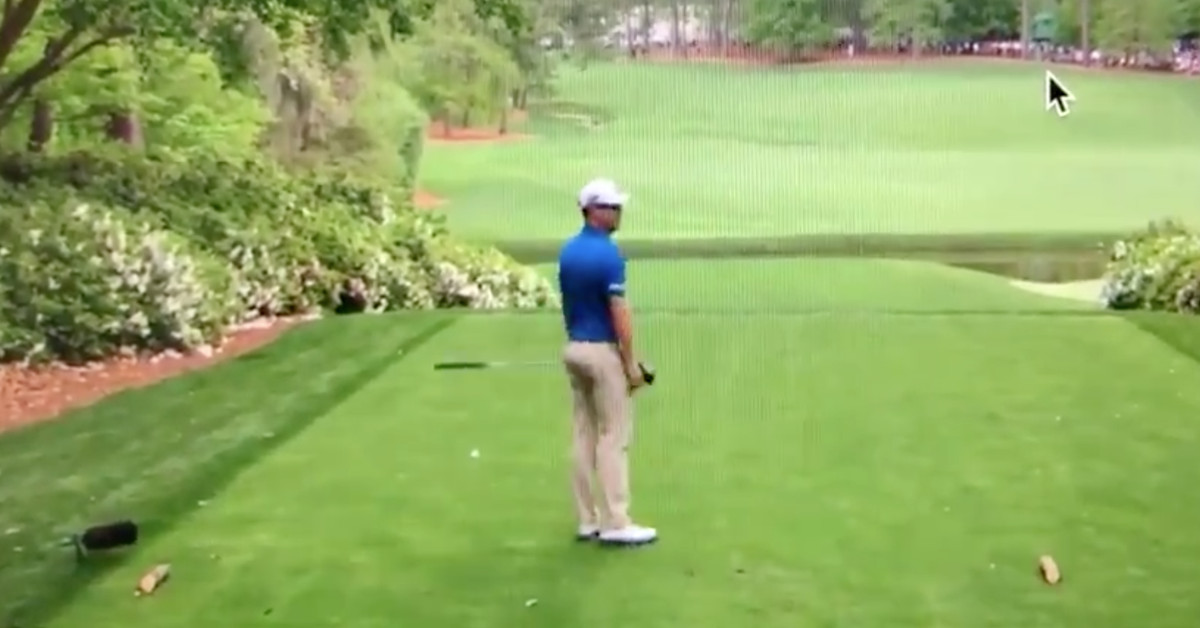 Zach Johnson, a Masters champion and still a top 100 player in the world, has done something that you could have done literally on Thursday at Augusta National Hole:

Johnson wanted In Augusta's par 5 hole 13 by Amen Corner, as he has already done 100 times. (He's been playing every Masters since 2005 and won in 2007, along with countless dozens of practice sessions.) He started with what he probably thought was a standard practice swing, but he had a wrong alignment and hit the ball from the top of his driver Turned it at the beginning of the 510 yard hole from the wooden tee marker.

Take a look at the trajectory on this firecracker:

It did not count because Johnson apparently did not try to hit the ball.

He aimed his club head well to the left of where the ball was pressed, or at least believed that he had not intended to hit the ball with his practice swing.

If the ball is not in play yet, there is no penalty if you just pick it up, hit it again and play your shot as planned in this case. Had Johnson accidentally hit the ball as if he were already on the fairway, for example, that would have been a different story. He just had to play it or replace it with a one-shot penalty according to the golf rules.

He continued to satisfy the hole because sometimes the ball is lying.

After Johnson had again pitched, he stroked a 285-yard ride on the left side of the fairway with just the kind of soft, pulling ball flight the 13th hole invites. This left him 196 yards to the pin and he stuck 30 yards out of the iron, then two putt for his four on par 5.

It moved him to 1-over for a week, still a way of contention ,

While Johnson's moment in the record books is ignored, he hopefully will never miss the annals of the story.

For a brief moment, we all saw that a Master Master Augusta played with exactly the skill level that we would play Augusta. Let us never forget it.

Did you happen to before ?

It actually happened to me, somehow. The difference between Johnson and my episode is that I did not do any exercise.

Several years ago, I knocked out the second par-4 hole on Mt. The Lebanon golf course near Pittsburgh, a nine hole course just minutes from my house. I played either the white or the blue tee, so that stood before me a few sets of tee markers.

I crowned the ball with my driver and cut it so far that it ran forwards and to the left. (I'm a south paw.) It bounced off the thing and flew back to me, and I had to duck so as not to behead me with a bad golf stroke. I lost the ball because it flew behind me into a backyard and I was not in the mood to climb the fence. But I have kept my skull.

Hit your Gulf horror stories in the comments.