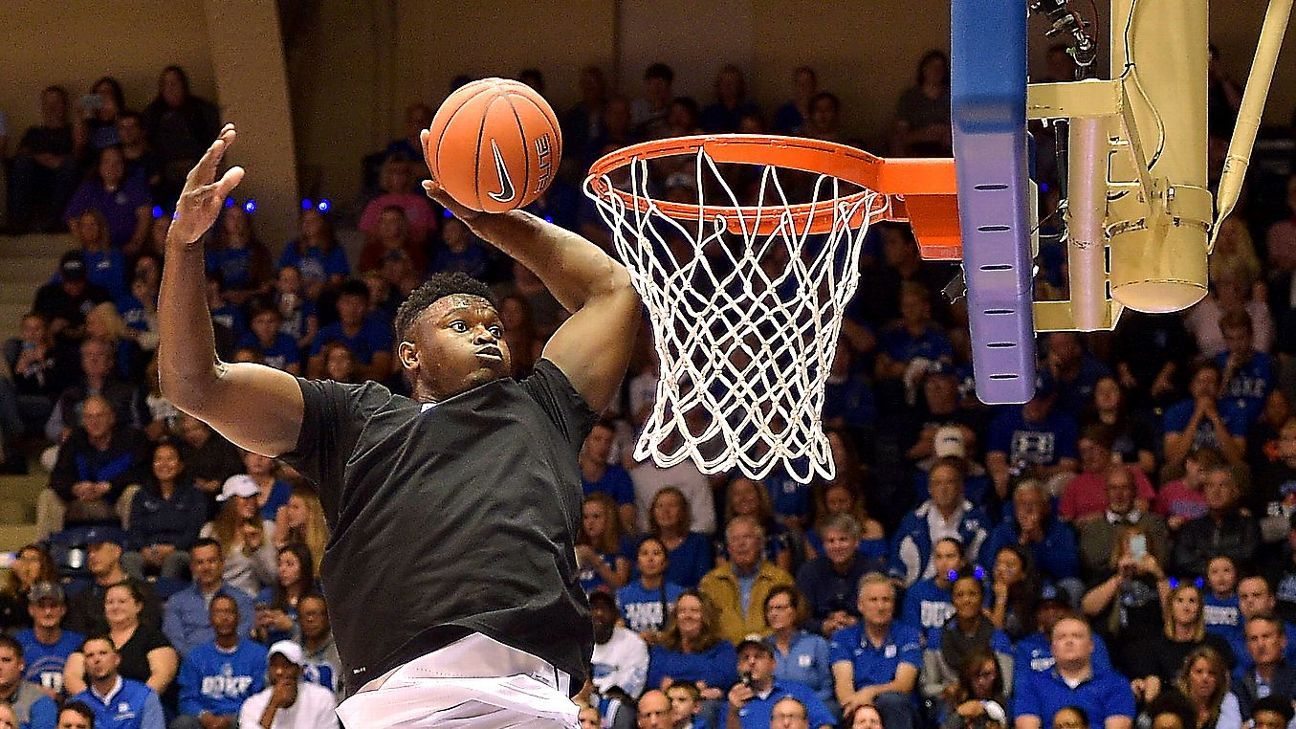 DURHAM, N.C. – First-graders announced Zion Williamson made his Duke debut at Cameron Indoor Stadium on Friday night and featured a show for fans at the team's annual "Countdown to Craziness" event. Afterwards, coach Mike Krzyzewski downplayed concerns over possible NCAA problems that could keep his star off the pitch later this season.

Williamson's recruitment was lining up in the college basketball corruption process this week when FBI tapes had his stepfather for money and a job from Kansas. A transcript of the phone calls was read in the courtroom during the trial day, but the tapes were not admitted as evidence.

After Friday's scrimmage, Williamson said , ESPN No. 2 overall recruit in this year's class, he did not say the process and was not with ties to the corruption scandal that he might have got the sport shaken.

"Honestly, I did not pay attention," Williamson said. "I'm just a college kid out here, having fun with my classmates, looking forward to things like Countdown and our first game, you just get one shot at the college experience, and I want to enjoy it."

Krzyzewski said he had no qualms about these tapes containing evidence that would compromise Williamson's suitability and said that Duke had already conducted "exhaustive" background research with the NCAA.

"They now have a permissions center where these children and their parents go through – and they go through everything," Krzyzewski said. "We feel very comfortable with him and all our freshman."

On the field, Duke's first semester became noticeable during the 20-minute exhibition.

Williamson dived in at his first touch and added a few highlights on the edge, including a few windmill-style dunks that whipped the crowd into a frenzy. Fans held "10" signs in the air to show their score for his performance, and after the scrimmage, Williamson was awarded the "Iron Devil" belt, a gaudy golden wrestling belt.

"It's a fun game to get people excited about the season, and it's probably the only time I have the luxury of doing that," said Williamson. "It's serious in a game, and you do what you need to do to get points, but it was an electric atmosphere."

Williamson and co-student R.J. Barrett, the nation's top two recruits, went head-to-head, and Williamson said they enjoyed trying to outdo each other.

Williamson finished with 14 points on 7-of-11 shooting with five rebounds, and Barrett was 9 of 19 out of the field for 23 points.

"That's what big players do," said Williamson. "They urge each other to do things they would not normally do, and we push each other harder."