Zion Williamson's Alley-oop vs. Eatstern Michigan is not fair 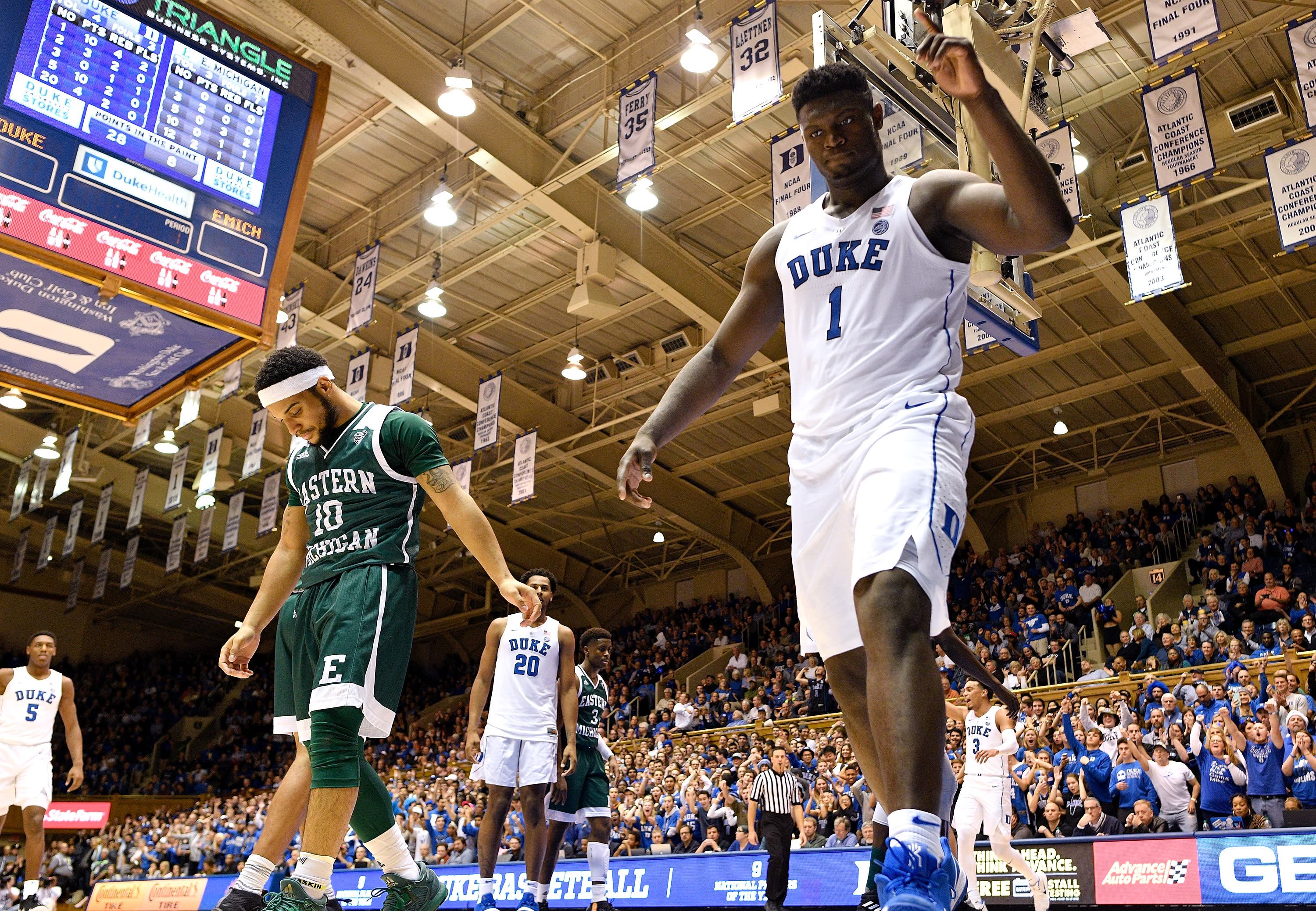 Get used to it.

Duke's newcomers have somehow surpassed their high expectations for the preseason this year, giving the Cameron Crazies a taste of an incomparable basketball season in Durham.

RJ Barrett may be the best player on the team, but Zion Williamson seems to be the most exciting event that has ever happened to Duke Basketball.

The 6-7, 285-pound phenomenon showed its remarkable athleticism on Wednesday when Duke interpreted it against Eastern Michigan with this first alley-oop delivered by Cam Reddish, his compatriot mate.

Yes, Zion can see over the edge

If you can not catch that, Williamson's hands were up on the back wall and his eyes hit the rim.

Dude is taller than NFL linebackers and only 18 years old. And he does.

It will be a fun season in Durham and a long season for those who are proud to hate Duke.